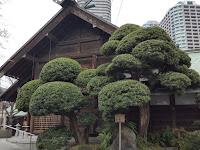 I am back in Japan to do follow up interviews to catch folks I missed last time (this trip's specialty will be former Defense Ministers*) and to present some of my preliminary findings (one talk is a bit different--implications of Trump's Presidency). 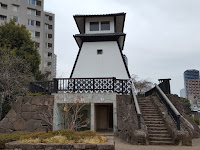 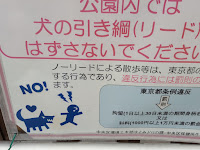 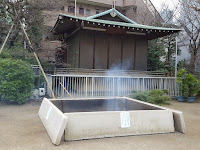 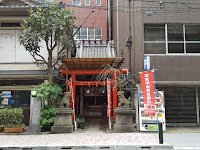 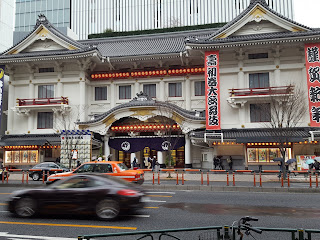 Which means I am adjusting to jetlag today.  So, I chose to start walking in a neighborhood that I had not visited last time.  It had some amazing views and funky signs and architecture.  But not many restaurants, and thus my accidental tourism began.  My search for lunch ended in some great ramen, but also put me near a major Kabuki threater.  The price was so cheap that I just had to buy a one act ticket (the plays are all day long affairs with multiple acts).  But the show was not for two hours, so I had to find places to hang out amidst the rain.  Which led to more accidental tourism. 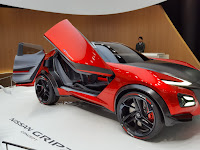 Specifically, I ended up ducking into a building that had Nissan concept cars on the first couple of levels and then Sony products on the upper floors. 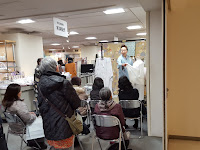 After that, I went into a department store, and was surprised to find the top floor populated by women wearing traditional garb, lots of traditional stuff being sold, and even a demo for those who don't know how to put it on.

And then I went to the Kabuki show.   What did I learn from my one experience (other plays may be different)? 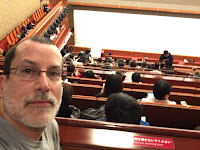 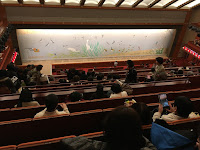 Oh, and a repeated realization--Japan is a great place for a single person to go out to eat since so many restaurants have places for singles to sit without any ostracism.   Another one: the food is damn good.

Posted by Steve Saideman at 6:42 AM