Capital Capture: Give Me Info and I Am Yours 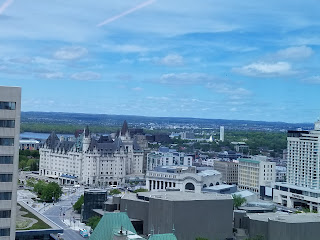 As I approach the 7th anniversary of moving to Ottawa, I keep on marveling at my good fortune.  There never was a grand plan to move to Ottawa--it just happened.  Indeed, when I applied for the job at Carleton, I had no expectation of getting it.  Indeed, I didn't get that job (the Barton Chair)--I got the Paterson Chair instead, and it has been a great experience even before my ultimate frisbee team beat a NPSIA-based team last night in the Ottawa ultimate league.

Yesterday was not typical but not atypical.  I went to a briefing organized by the Conference on Defence Associations Institute (a CDSN partner) given by a Canadian officer who had commanded in the Mideast as part of OpImpact.  I learned a great deal including:
After this, I went to have coffee with someone from inside government who was seeking my take on the world and what Canada is doing.  I actually was not as negative as I often seem to be:

Anyhow, I got into this business because I am deeply curious about damn near everything.  Being in a national capital means learning heaps of stuff through these kinds of meetings.  I do love my job, and I do, yes, love Ottawa.  Some call it a bubble.  I call it home.