In the future people will state their age not in calendar years but in how many incarnations of the Batman they have lived through. 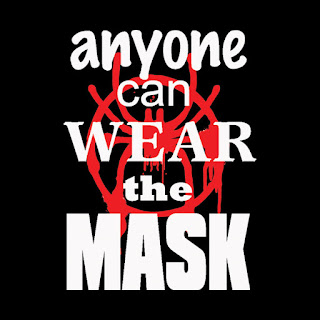 I'd rather count my age in Spidey's as the Spider-man franchise is more fun, less dark, and, dare I say it, better.  Sure, Dark Knight was a great Heath Ledger performance, but the plots of most Batman movies are dumb, the character development is mostly not that interesting, and, of course, there is not Bat-verse.

Looking back, the 1960's Batman movie was delightful.  Michael Keaton was a great Batman, but after he left, that era of Batman was meh at best.

Spidey?  The first two Sam Raimi movies are still among the best super-hero movies.  Doc Ock was fantastic in the second, and both had great NY'ers in the action, giving resonance, that is entirely lacking in any and all DC movies.  When have you ever cared about the bystanders?  Even the random kid in the third Raimi movie at the end, who confronts the Rhino, is pretty damned special.  Nothing like that in DC except maybe Wonder Woman.  The first Andrew Garfield Spidey was a good movie.  The second?  Not so much.  The Tom Holland Spidey's are fantastic in part thanks to ... Michael Keaton as one of the best bad guys and best bad guy performances in any of the superhero movies.  And then there is the Spidey-verse.  This really makes coding Spider-folk hard (Dan is already at work figuring out which Batmen count) since we have so many in this movie including Milo, two versions of Peter, Spider-Man Noir, Peni Parker, Spider-Gwen, and, yes, Spider-Ham.

For my count, I am not including animated series because then things get even more complicated even if the first one spawned some great memes.

So, I will just say that I am ten Spidey's old (pigs count!): Tobey, Andrew, Tom, and seven from Spider-Verse.

Email ThisBlogThis!Share to TwitterShare to FacebookShare to Pinterest
Labels: superheroes