So far, what have I enjoyed and/or learned about Ottawa in my first five days? 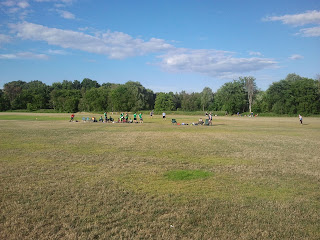 On the other hand, some things remain the same.  My neighbor showed me the dents made in the street and in his driveway by a city snow removal truck.  Kind of like my car being crushed by a school bus.

Anyhow, we are big fans thus far.
Posted by Steve Saideman at 9:26 PM