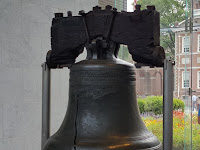 Tis that time of year to assemble, avenging Political Scientists at the American Political Science Association.  #notallpoliticalscientists, of course, as Labor Day weekend is viewed by many as family un-friendly.  Because it coincides with the last summer holiday, attendees lose the chance to spend one last long weekend with the family before school starts.  And it also means that faculty might miss the first day of school for their child.  These are reasonable concerns, and so a political movement was organized to change the date.  It worked, with APSA eventually moving to later in September down the road.  It cannot happen instantly as APSA has contracts with hotels for the next five years or so.

I get those complaints.  Other folks complain about APSA meetings because they are too big, too much the "wrong" kind of IR or whatever, or what not.  I disagree as I am a fan.  While the International Studies Association meeting every winter gives me the chance to meet with most of my co-authors and IR friends, APSA allows me to meet those folks and more--the people I used to go to school with who don't do IR, the people I worked with in previous jobs, people in other fields that I met via a variety of encounters (past conferences, their job talks or mine, etc).  And, yes, I am extrovert, so meeting more people, renewing connections with friends and colleagues, losing/winning a modest amount of money at the annual poker game, these are all good things.  I chaired a panel yesterday that brought me back to my earlier work on the IR of ethnic conflict, and found all of the papers to be both sharp and stimulating.  Today, I will discuss a few papers for a panel, and I found those to be very interesting as well.


And Philadelphia has been mostly mighty fine this time around.  As it is my hometown, I got to see my parents, have/will dine with friends from high school, and finally quenched my desperate hunger for a steak sandwich.  I did some history as well--Independence Hall and the Liberty Bell.  I hadn't visited either since I was 10 or so.  Post-National Treasure, it is fun to see this stuff again.  With the current election, the timing was also good to be reminded about the very basics of what it is to be American.  Oh, and this particular park ranger had a voice somewhere between a bullfrog and a drill sergeant.  The food, thanks to Michael Horowitz's guide, has been terrific.

So, yeah, woot for APSA and for APSA in Philly despite the nearby tropical storm.