Not a great week in American politics as Hillary Clinton's poll numbers have dropped and too many Americans find Trump to be a viable choice.

Just a few quick reactions rather than anything especially thoughtful as I am burned out by both the race and the need to enumerate my musical tastes.
I am pretty sure that this is the bottom of the campaign, that this will be Hillary Clinton's worst week.  Why?  Partly because the media is realizing that the false equivalence campaign is going too far.  Partly because the debates are ahead, and Hillary can make Trump look unpresidential just by standing next to him.  And partly because we are going to have more days like this than not:

via Daniel Dale of the Toronto Star @ddale8 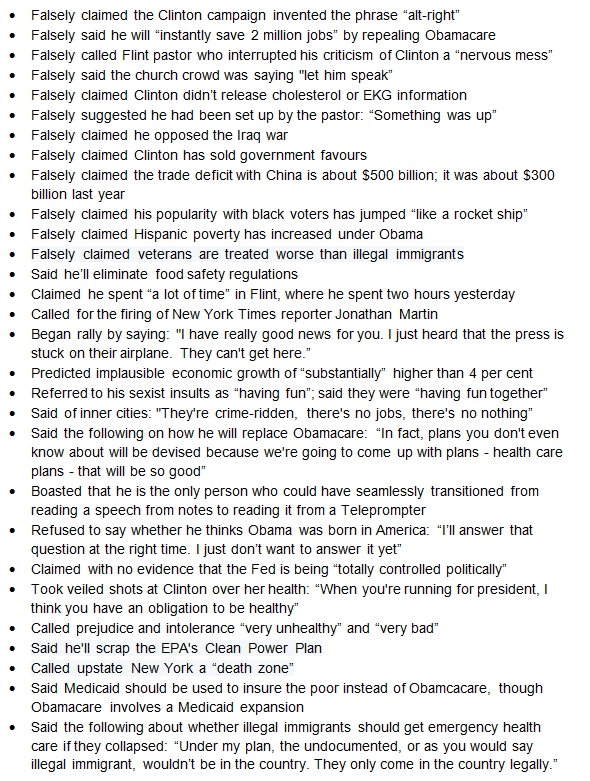 Posted by Steve Saideman at 9:30 PM

Just to come back to your post, as Trump has already kneecapped himself since (with the Birther SNAFU finally kicking the the news media out of complacency). We got a hint at how the GOP would've attacked Bernie if he were the nominee, confirming worries earlier this year: