Never again.  That is the big lesson of the Holocaust.  Why is it relevant today?  Because there may be some American Jews who think Israel is so important that they might be willing to sell out American democracy.  African-Americans get it--their support for white supremacist Trump and his white surpremacist campaign is near zero percent.  Latinos mostly get it--that Trump's hate needs to be defeated.  Other minorities get it.  And, to be fair, it seems that more American Jews are going to vote against Trump, but not all.  And that is a shame.

Why? Because of this: 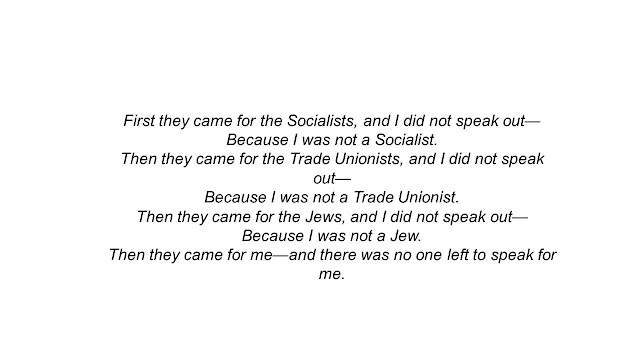 Jews are not a big community of voters, but those in Florida and Ohio should be voting for the candidate with the best chance to defeat Trump, Trumpism, white nationalism, and the anti-semitism that is breeding in this dank environment.

And if they do not, they betray themselves and their history.  It is just that simple.

Oh and there's this as well:

This is the Trump Effect: pic.twitter.com/PNmSX0ofOE
— Hillary Clinton (@HillaryClinton) November 2, 2016

Posted by Steve Saideman at 4:09 PM