When SecDef Jim Mattis warns NATO allies that "they do not boost their defense spending to goals set by the alliance, the United States may alter its relationship with them," I can't help but thinking: 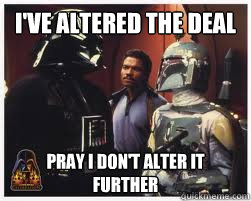 Sure, SecDefs hector Europeans on a regular basis... this is old news.  EXCEPT this is a piss poor time for such stuff and a piss poor person to convey the message.  How so?


"“If you take him literally, then the message is indeed that there’s no unconditional guarantee of security any more”

So, this is a lousy context for being so brusque.  Oh, and once again, 2% GDP is a lousy measure given that Greece exceeds it yet does bumpkus for the alliance where as Canada and Germany fall short, yet both paid a significant price for the alliance in Afghanistan. 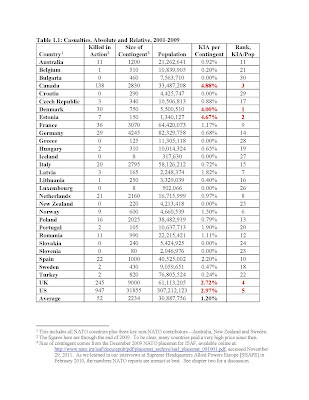 Indeed, to be clear, NATO is not a charity! Someone said that to me on twitter--that the US gives and does not get.  BULLSHIT!  I cannot say it more directly, but NATO exists to serve the US interest.  The US not only gets peace and prosperity in Europe (and thus avoiding to fight in any major wars), but also gets influence in Europe and beyond as NATO has gone to Africa, Afghanistan and elsewhere.  It is not charity precisely because the NATO is in the US's interest and is not just benevolence.  Also, the allies have paid steeply--in political capital, in money and, yes, in blood.  Most of the allies spent billions of dollars in Afghanistan and lost more than a few soldiers.  In per capita terms, the losses were quite significant (see the table from NATO in Afghanistan).

The good news is that NATO countries are increasing their spending.  Well, most of them.  So, Trump can declare that he influenced them to spend more, even if the increases started before he came into office.  Just like his claims about businesses deciding to invest in the US because of his pressure even as those decisions preceded the election in November.  It won't take much more spending by NATO countries for Trump to declare victory.

Of course, all this misses the larger point--NATO currently hangs by a thread.  And that thread is not about burden-sharing but about the credibility of a pro-Russian US President when push comes to shove in the Baltics.   So, I am very pessimistic about the future of NATO, but my pessimism is not due to the burden-sharing problem, which is inherent in any multilateral alliance and is more or less problematic, depending on what measure one uses

Posted by Steve Saideman at 3:13 PM