Why Do Republican Candidates Suck So Much?

Why do the Republican candidates seem to suck so much more this year?  I mean: 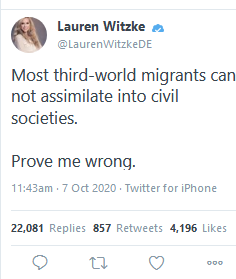 I am not a scholar of American politics, but I used to work with some who studied the question of candidate emergence.  So, I am going to steal from their work and posit a second dynamic and then a third.  So, the first dynamic is that when smart politicians think that their party will lose, they save their ammo and live to fight another day.  That is, they don't run if they think they are going to lose.  But other, less astute, smart, polished, reality-based politicians will.  So, Delaware, to use the example du jour, is a tough state for a Republican anyway, but particularly in a year where a favorite son will be running for President, driving up Dem turnout.  So, what do you get?  A flaming racist...who made it past the primary.  Maybe if the Republican elites thought they had a fighting chance or a chance of any kind, they would have put up someone who is not this awful.

A third possibility is that the party has simply become a party of white supremacists.  Sure, that was always there to some degree, but it has become not just naked but a job requirement.  It used to be the case that politicians could run for Republican office without "virtue signaling" that they were friendly to white supremacists.  Now, it seems like it is required to visibly embrace the worst, most extreme xenophobic, racist, misogynist stances.  They can't even condemn right-wing terrorists that sought to kidnap the Governor of Michigan.

A fourth possibility is that when a party sells out all of its values just to get and keep power, that if it becomes a Party of Bad Faith, then they can only get the worst people to sign on.

I am not saying the GOP is doomed.  I am saying that there are probably systemic (racist) dynamics that are causing such awful people to be the representatives of the party.  Whether they get into power and stay there depends on enough awful people showing up at the polls, enough decent people not, and, of course, a heap of voter suppression.  Indeed, that really is the best indicator of the bankruptcy of the party--that the desperate efforts to deny people the ability to vote reveals that they understand that they suck at appealing to voters.  And their candidates suck.

Posted by Steve Saideman at 5:55 PM