And it reminded me of this slide I used to use for American Public Policy, a course I taught way back in the day at Texas Tech: 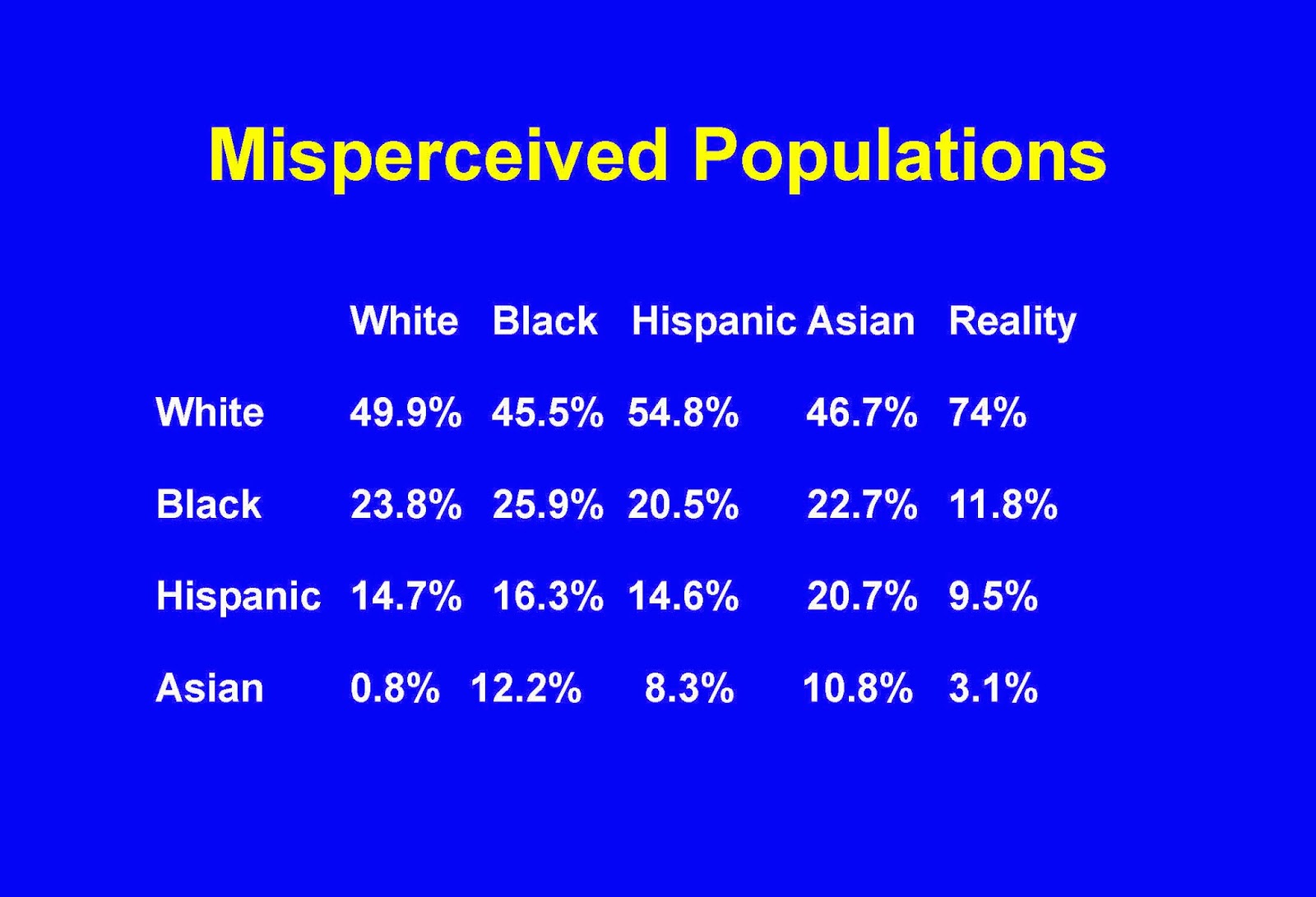 The figure, using data from some article lost to the ages, demonstrates that pretty much every ethnic group over-estimates the "Other" except for the largest group.  In the slide, everyone underestimated the population of whites in America in the late 90s.  But everyone's perceptions of Blacks was double the actual number; perceptions of Hispanics varied widely but ranged from 50% to 100% more than the reality; and perceptions of Asians (with the exception of Whites) tended to triple the real number.

So, when I saw the graphic that Saunders tweeted, my focus was on the ratio between the real population of Muslims in European countries and the perception, with the ratios varying from 1:3 to 1:8 (Spain) to 1 to 70 (Hungary).  Not surprising--people, via confirmation bias I suppose, tend to notice that which is different far more than that which is the same.  So, minorities stand out and majorities get under-estimated.

And, yes, these kinds of perceptions both generate and are generated by xenophobia.  It would be interesting to see if tolerance/acceptance of groups is correlated or not with how dramatically over-represented they are in the perceptions of the population.  I am not surprised, for instance, that Hungary, one of the most homogeneous countries in Europe, has the most skewed ration between actual and perceived Muslim populations.

It is important to understand the real numbers, as fears of swamping generate or exacerbate xenophobia, and in pretty much every case, the populations of Muslims are so small that they are politically powerless.  Instead, what we have are perceptions that will feed Islamophobia.  And that is a far greater threat, as alienating Muslims is probably the worst way to avoid subsequent radicalization.

Posted by Steve Saideman at 9:58 PM

A good supplemental to this.