It only took me thirteen years to go to a professional hockey game.  Well, it is very hard getting tickets to Canadiens games, so when a colleague invited me to an Ottawa 67's game, I jumped on it.  The OHL (I have no idea what that stands for) is minor league hockey, and does not get quite the same love as the NHL.  So, there were plenty of empty seats at the playoff game between the Ottawa team and the Niagara team.

The crowd that was there saw an interesting game.  No scoring and few shots on goal in the first half with the away team controlling much of the action.  They scored the first goal in the second period, which was immediately met by a flurry of Ottawa goals, six of them!  The final score was 8-2. 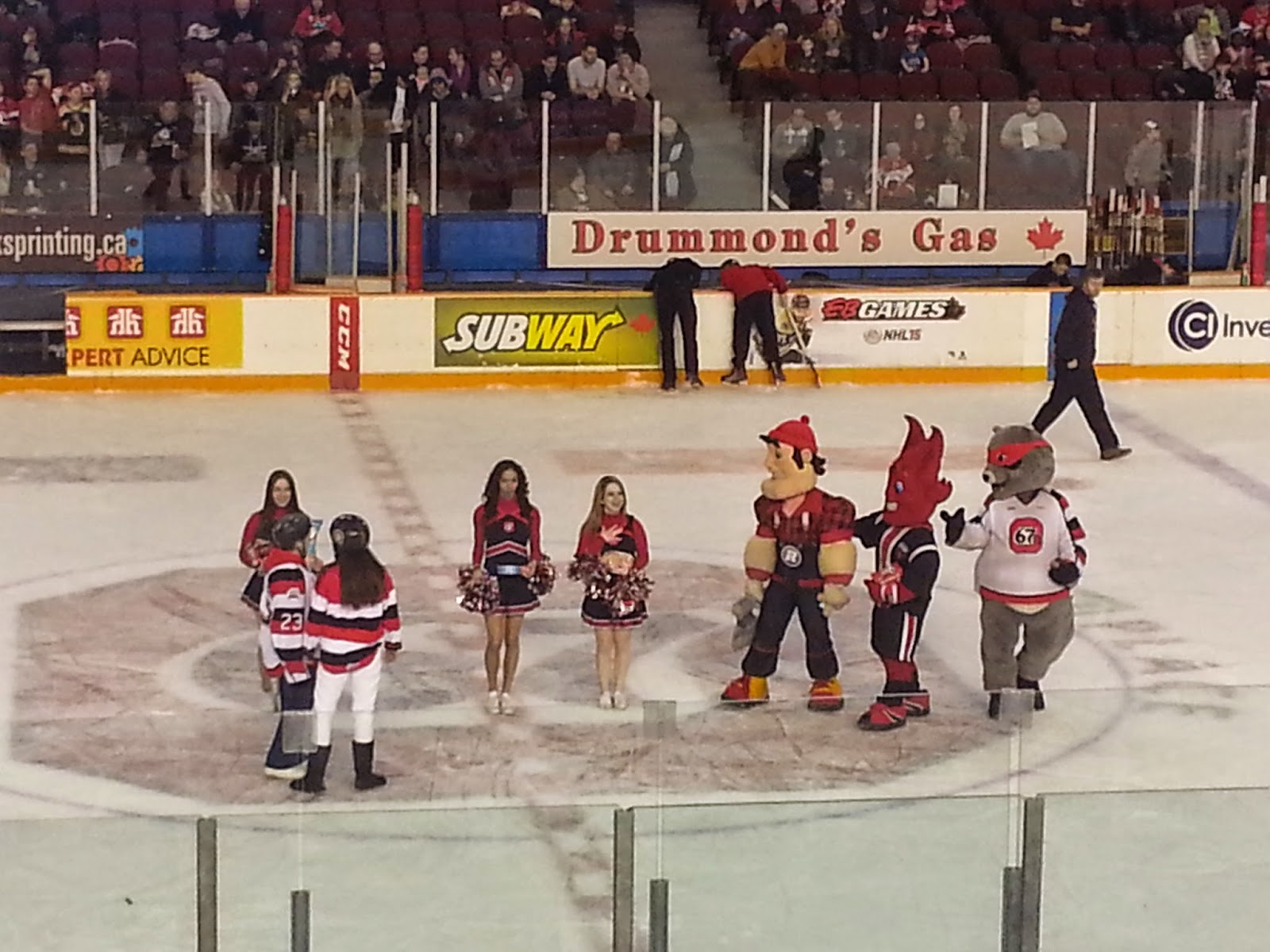 Watching a 67s game at home is an interesting experience.  The arena is under the stands of the TD Stadium, so once side of the arena is truncated. The players at this level are young, so the cheerleaders (all three or four of them) are high school age, and had the embarassing task of helping to run the intermission games.  The first one was a Price is Right game where two fans had to guess the price of various products--toothpaste, for instance.  Oy.

The tickets are apparently not expensive, so there were lots of kids who ate up the experience.  The boys under or around ten seemed to really enjoy dancing badly, hoping that they get on camera. 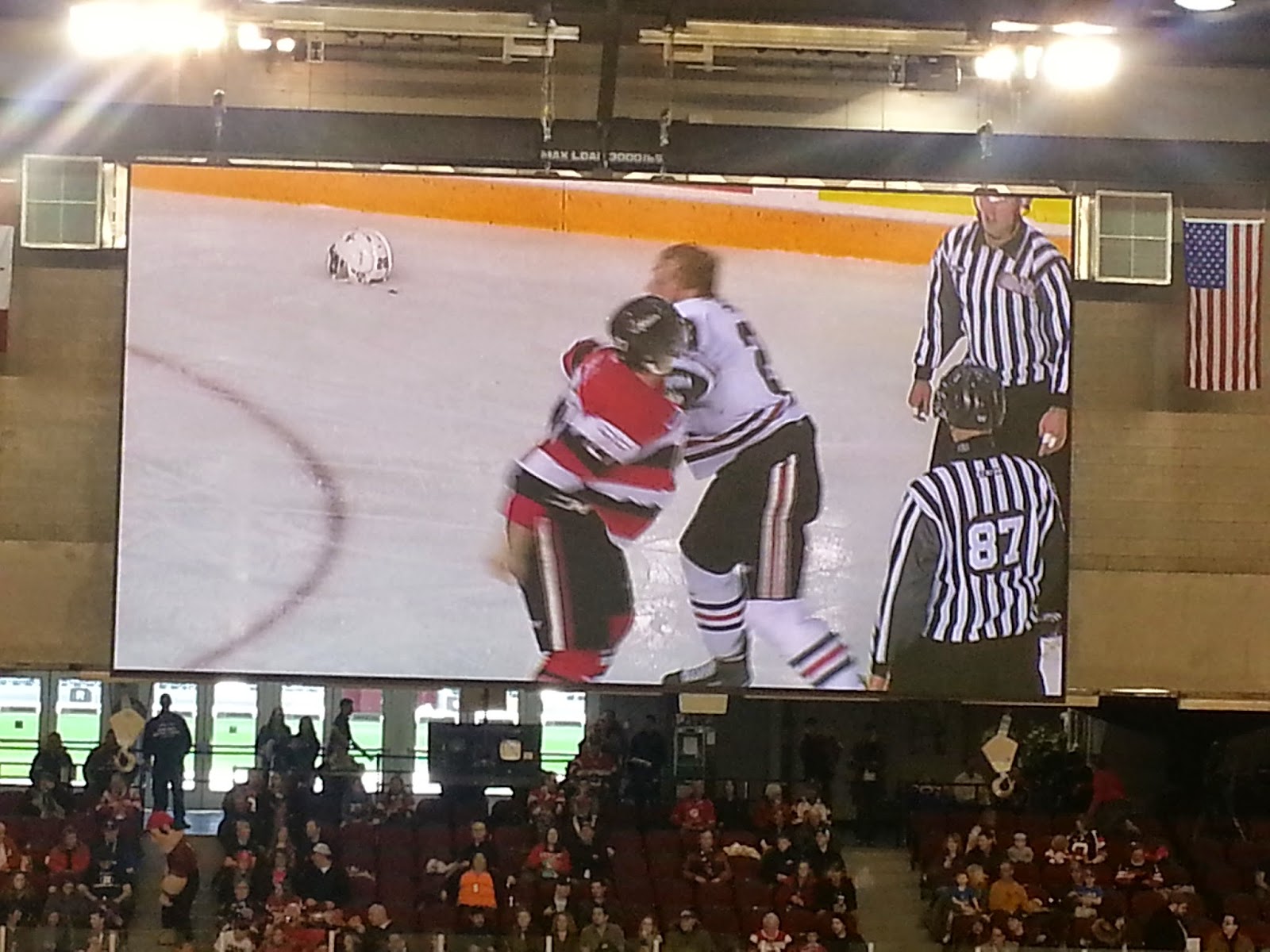 Is there fighting at this level?  Um, yeah.


It was not hard to immediately adopt the home team--smaller, feistier, and laying out on defence early and often.  I will still not watch a heap of hockey on TV, but this is probably not the last game I will attend.  I do hope this meets the hockey requirement on the citizenship application. 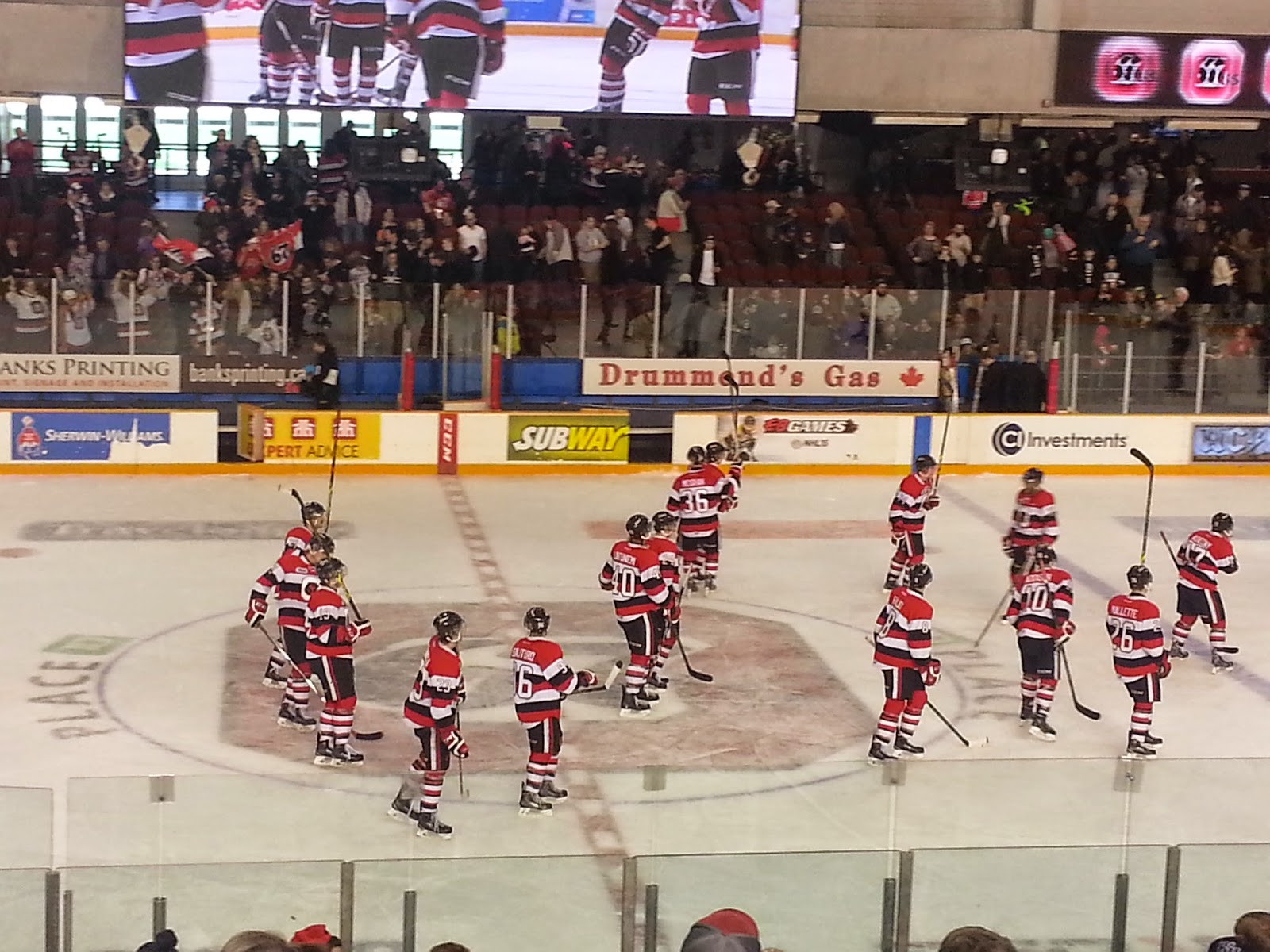 Posted by Steve Saideman at 9:14 AM

I think a key part of the citizenship test will be seeing a Timbits intermission game (gotta go major league to experience it). Prepare to be hit in the face with a hockey puck of adorableness.