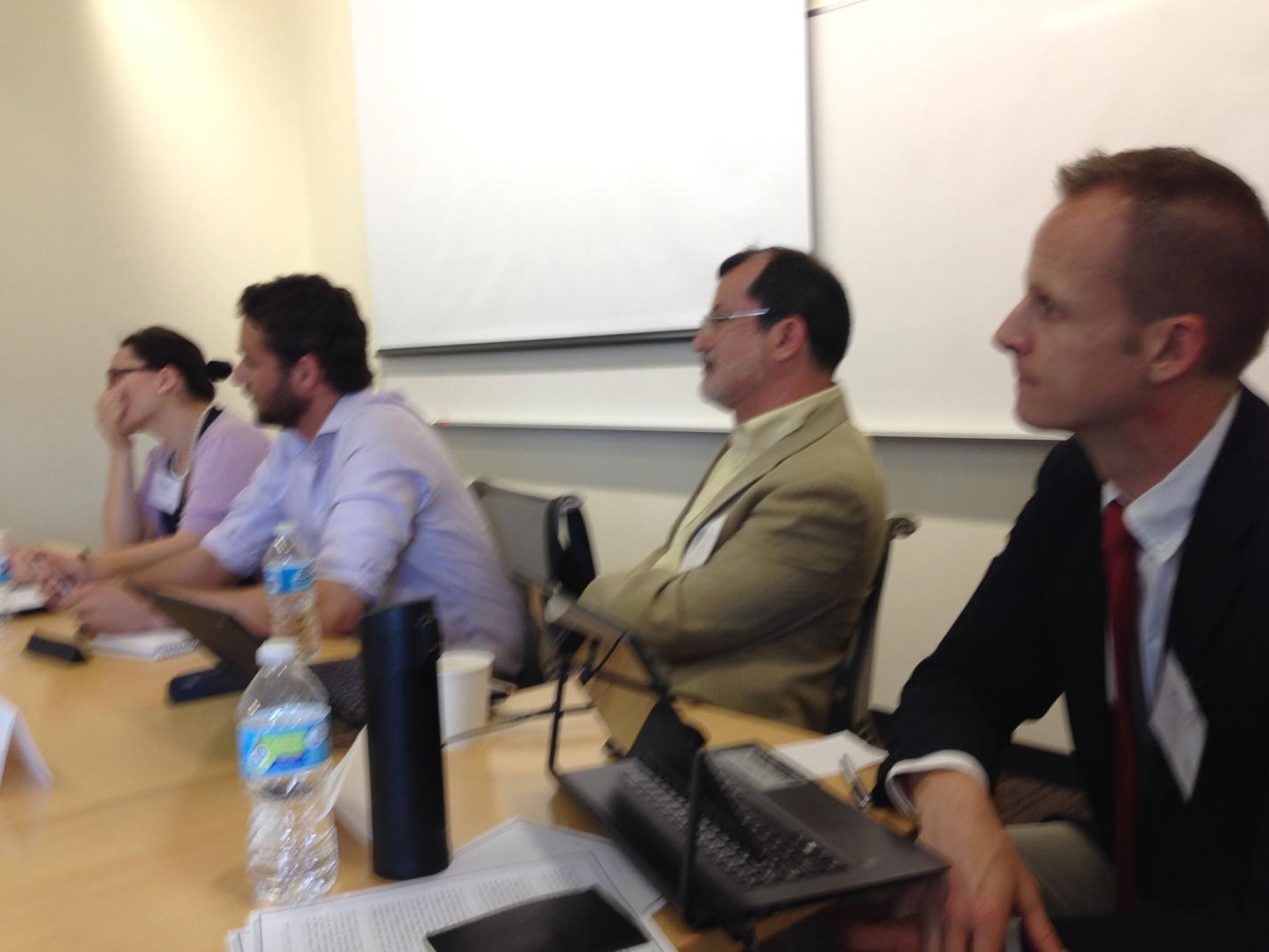 Yesterday, I had the chance to participate in the Bridging the Gap workshop led by Bruce Jentleson.  It is an effort every summer to help younger scholars figure out how to engage the policy world in a variety of ways, including figuring out how to write and publish op-eds, how to get into government for short periods of time (like the Council on Foreign Relations International Affairs Fellowship that changed my career/life), how to engage think tanks and more.

I arrived the day before and watched other folks (Michael Horowitz, Emily Goldman, Peter Feaver) talk about their government experiences, and then heard some editors talk about writing for magazines (Jacob Heilbrunn of the National Interest [we knew each other long ago at Oberlin], Ben Pauker of Foreignpolicy.com, Steve Clemons of The Atlantic).   I found both panels quite interesting and really enjoyed the deja vu from the first one as Mike and Peter, in particular, had experiences and reactions that were ones with which I heavily identified.

Anyhow, my job was, along with Ryan Evans of War on the Rocks and Kim Yi Dionne of the Monkey Cage, was to talk about blogging and other social media as well as the Online Media Caucus.  What did I say?

That blogging is now in its third generation--from random folks having small audiences and mostly talking to each other, to more prominent folks engaging wider audiences, to now a proliferation not just of blogs but of blogging collectives (Monkey Cage, Duck of Minerva, Political Violence at a Glance, etc) where the challenge is now getting one's blog noticed in the crowded space.

I discussed some of the pro's and con's of blogging (which mostly also apply to twitter): 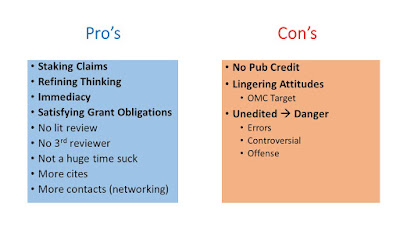 While there is some danger, I think even very modest restraint (I am not able to be more than just a bit restrained) is sufficient to allow one to partake of the benefits.

Should blogging/social media just be for tenured folks?  No, because we all should be disseminating our knowledge.  And blogging/twitter do lead to things like more citations, more engagement, more networking and this can actually help one get tenure as long as one does not see one's blog as a publication.  It does not count as a pub but as service.  Perhaps the easiest/least taxing/least risky way to blog as a junior faculty member or even student is to guest post.  This allows one to stake claims and gain visibility without appearing to be wasting time on non-pubs (old attitudes linger among the dinosaurs who have tenure).  For an engaging example of such a guest post, see this.

I also discussed twitter since I had heard they wanted more info on it.  I did admit that twitter can be a time suck if one gets engaged in long conversations or watches one's feed too much.  I insisted that not everyone should tweet but all scholars should be on twitter.  Huh?  That one can lurk and follow other researchers to learn about new research (I cited Jason Lyall as example) as well as follow key actors such as the NATO Secretary General (or my fave: @CanadaNATO and @USNATO) in one's research area, as well as the muse of the National Security twitter community (@morgfair).  One can find out lots of stuff without ever tweeting.

But if you want to make connections to journalists, experts, government folks and the like, then engage on twitter.  Ask them questions, retweet them if they say stuff that is interesting, offer one's views.  It is because of my engagement of the aforementioned NATO folks that when I was in Brussels, I ended up having real contact with real people and talked about the current dynamics within NATO regarding Ukraine and Russia.  I got in this business due to my curiosity--I want to know more about much--and twitter allows me to engage my curiosity in ways that foster my research and teaching and in ways that just entertain me.

How much can one say in 140 characters?  This central mystery deters many people from twitter: I can barely say something in 8000 words, so 140c?  My answer is that the 140 c constraint is a myth--as one can include links in tweets (to blog posts or whatever), that if pictures are a thousand words, then tweets can be a thousand words with the right pic attached, that one can have a series of tweets to make a point), and that conversations of 140c's back and forth add up to engagement.

I concluded by plugging the Online Media Caucus, as both an advocate for those who use online media and as a focal point for talking about research, teaching, service and engagement via online media--how to do it better, how to understand it better.

Despite recent events, I think that we need to engage beyond academia more, not less, and the Bridging the Gap effort is an excellent way to help those who are interested in doing so.  I was glad I was able to attend and participate.  Not a bad way to spend a hot week in DC.