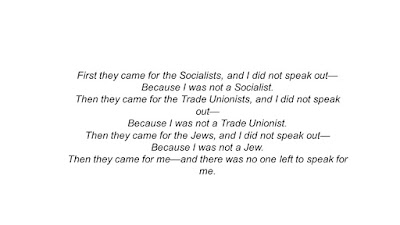 All I know is that those who don't like Muslims and who bet on Islamophobia are now having to face the reality that hate is toxic.
Posted by Steve Saideman at 5:22 PM No comments: 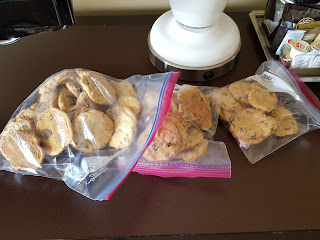 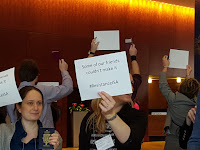 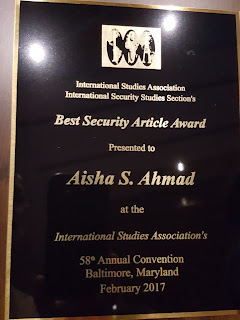 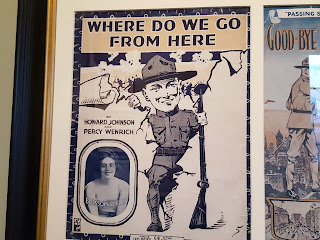 Posted by Steve Saideman at 7:57 PM No comments:

As I am that the International Studies Association meeting, inspiration strikes in all kinds of strange ways.  In discussing Trump and Sessions and the potential end of American democracy, I realized that there is stuff that can be done to fight #voterfraudfraud--the effort to suppress likely Democratic voters (minorities, students, etc).

Of course, the best course of action are legal strategies to get these laws tossed out.  But that takes much time and often happens too late, so that likely Dem voters are discouraged.  What we need to do is support efforts to get people the ID's needed to register to vote--which can be driver's licenses, fishing or hunting permits, gun permits, passport, etc. 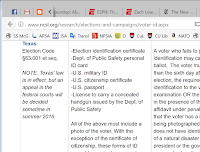 The first step, besides fundraising and organization, is to identify what ID's are needed in each state and figure out for each state:
The second step is to help potentially disenfranchised voters whichever ID makes the most sense in terms of cost, difficulty and length of renewal.  If it means getting heaps of people gun permits rather than passports or driver's licenses or whatever, then do it.

The third step is to make voting more pleasant in an environment where it is more difficult.  The GOP have realized that early voting is a problem for them, so they have eliminated some of it, especially those days when African-Americans tend to vote (Sundays).  This creates huge lines on election days, so resistance organizations should try to provide water/food/umbrellas/folding chairs, and whatever else to make it easier to stand on line for hours.  Perhaps music and entertainment or whatever.


Get out the Vote Efforts happen just before elections, when it is too late to get people the ID they need to register, to vote.  We need to make an effort now to get people the ID's they need so that they can register and then get to vote, and then we need to make voting less painful despite the best efforts of the GOP to make it inconvenient.  Sure, if we can, get laws passed to extend early voting, make it possible or easier to mail in one's vote and all that.  But if we can't make election days holidays and if we can't legislate our way through this in states dominated by GOP, then make it easier to vote.

Posted by Steve Saideman at 1:57 PM No comments: