Adapting in the Dust Is Ooooot!

Today, the book is officially released!  Why am I excited about it?  Why should Spew readers care? Why should other folks be interested? 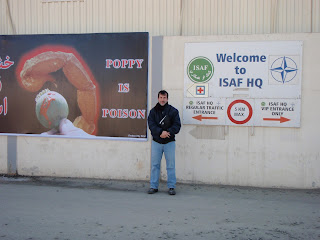 The basic premise of the book is that we learn best about someone or someplace when they are under pressure--that crises reveal character.  And my guess is that no international effort caused more stress for the Canadian political system than the Afghanistan war.  Fighting in Afghanistan put many politicians, the parties, the media, and even the public in difficult positions of trying to understand and react to a confusing place and a confusing war.

So, the book tries to pop some myths while trying to understand why the various parts of the Canadian political system reacted as they did.  Some adapted, some did not.  Some adaptations were functional and productive.  Some were, alas, not.  Indeed, some adaptions were almost craven as politicians sought to shield themselves from the responsibilities of the war.  Yes, I am referring to Prime Ministers Martin and Harper.

The details about the book are here, the book tour's details are here, and the soundtrack is here.  I am available to talk about the book for any media outlet interested.  My contact info is here (better to email than call).

The song du jour reflects the war, my research and the book tour ahead.