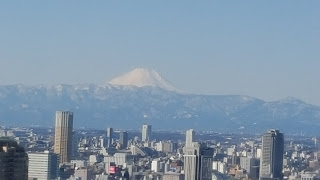 I am in Japan this week to be a tool of Japan's public diplomacy efforts learn about Japan's role in the world these days.  I will try to keep a running series of entries on what I have learned.  Given that jetlag and time displacement has woken me up at 3am, and I have read about the various football games I missed (and thankfully so), time to sum up what I learned on Day 1.

Our first meeting focused on the security challenges facing Japan and, not unrelatedly, the new legislation that gives Japan a somewhat greater ability to use its Self Defence Forces.  I had already been briefed about the latter by the Japanese embassy in Ottawa, but it was nice to get even more clarity.  So, the key points here:


Our second meeting was on peacekeeping.  Japan has engineering semi-battalion operating in South Sudan.
Our third meeting was on public diplomacy.  I didn't get the chance to ask why we (myself and three Calgarians) would be useful as tools of Japanese public diplomacy, but this blog might be a hint.
I joke about being a tool of public diplomacy (not my first time--the 2007 trip to Afghanistan was clearly an information operation/propaganda effort aimed at the Canadian public), but I understand that Japan is trying to sell its message to the Canadian public via our group.  I am not uncritical of some of the stuff they are telling us, but thus far, I have not heard much that would make me jump and disagree.  Well, I have not heard much from the Japanese that would make me do that--I have heard much from a couple of my conservative right wing Calgarian colleagues on this trip that makes me disagree quickly.  I think our routine has become entertaining to the Japanese folks we are meeting.

I will eventually be able to put this all into context.  Right now, I am blogging so that I can look back and remember what I was hearing and thinking.  Lack of sleep is going to make it hard for to remember stuff without having it written down somewhere.

I look forward to the real Japan experts giving me their take on all of this.  All I am sure of is that this trip is super helpful for preparing me for my research here next fall.  Oh, and that I like warm sake and I am not as much of a lightweight drinking it as I am drinking other stuff.

1) That Emperor Hirohito - and his son, Akihito - have avoided it like the plague since the enshrinement of the Class A war criminals (and the propaganda at Yūshūkan http://theatln.tc/1cOU6ZG). If the "patriarch" of the Japanese state thinks it's a problem that needs fixing, then of course China, Taiwan, North Korea and South Korea are going to continue pressing the government on it.

2) The explicitly political intent of Liberal Democratic Party's recent visits to the shrine (Junichiro Koizumi was the first PM to pull this stunt). An easy way to prod a usually pacifistic public into agreeing with your policies? Stir the pot by showing up without notice and then attack left-wing dissenters as acting "unpatriotic."

3) That European fascists (the Front National and the BNP in particular) are coming to pay their respects, glorifying it like the KKK treats Confederate monuments.

Thanks for your insights. Especially #3. I do think (and I was not alone) that if one wants to sell a positive message about Japan to the region, these visits hurt quite a bit. So, are there domestic political dynamics creating tensions and tradeoffs? I would guess so.