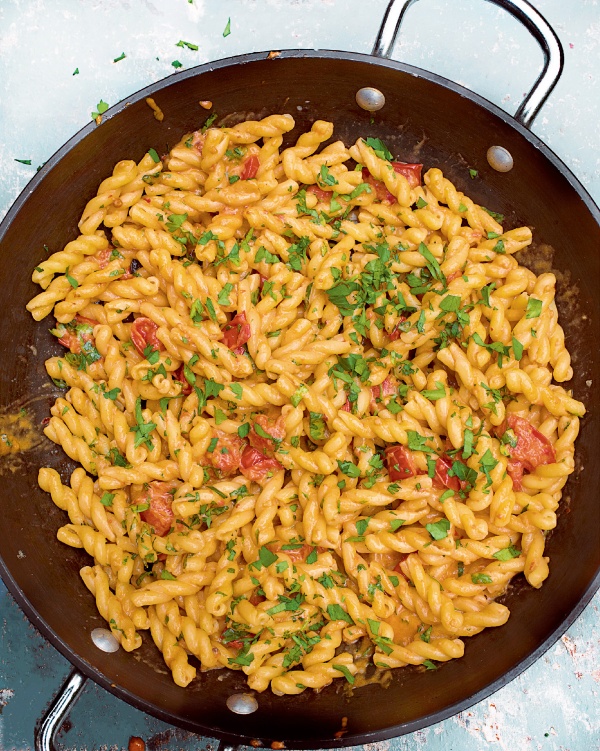 I shocked Mrs. Spew last night as I made pasta with anchovies, mascarpone, and cherry tomatoes.  Why so shocking?  I have never made anything with any of those three ingredients before.  It represented the height of a trend that began somewhere along the way in this pandemic.  I have always been a picky eater, although my family's memories of what I did when I was nine are not representative of what I have been eating since then.  Sometime after my siblings went to college, I started eating the veggies in the Chinese dishes we got when we went out.  And, yes, spending time in Tokyo a few years ago definitely expanded what I ate.

There remains stuff that I don't like: cilantro, raw tomatoes, eggplant.  But the vast category of things that I wouldn't try, out of fear, has become a wee bit less vast over the last seven months or so.  I mostly blame Nigella Lawson, but the Weekly Saideman Family Baking Challenge™ has also pushed me on occasion.  For instance, I made a Peach Pie a few months ago, despite never making or eating peach pie before.  And, well, I will stick with apple pies, as I found peach pie to be meh.

Why the change now?  First, I have been cooking six days a week--we order out once a week to, um, "save the local restauranteurs."  In the days before the pandemic, Mrs. Spew would cook a couple times a week, especially on days that I came home relatively late.  She has now mostly recovered from non-covid stuff, but was not up to cooking for most of the last seven months.  Also, in most seasons, there was some form of ultimate in the evening, which meant just grabbing something. And, yes, much travel.  So, instead of having lots of changes of pace, it was just me.  I like my old repertoire of dishes, but they can get old.

So, I started googling dishes to make.  A lot of the early stuff was bland--throwing lots of stuff on a baking sheet and roasting.  Then, a twitter friend turned me onto the Nigella Lawson app--a gateway drug to her books.  While we have plenty of cookbooks in the house, I found Lawson's stuff to hit the sweet spot of being relatively quick, requiring not too many non-ordinary ingredients, and tasty.  So, I started doing things I had long resisted, like throwing frozen peas into pasta recipes. 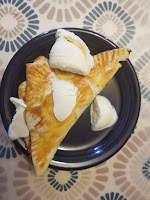 The baking adventures are mostly to provide opportunities to stress eat and then stress exercise.  King Arthur recipes have not failed me, as they have consistently produced mostly easy to make, always tasty stuff.

Not every dish I have made is very tasty but Nigella has failed me only once and King Arthur maybe only once as well.  The NYT recipes are usually quite good, but tend to require more time, more ingredients, and more steps. The other stuff I find on the internet?   Often bland.

The anchovy pasta sauce was not the only high point.  Last week, I was too lazy to go shopping--I try to keep that to once a week to minimize exposure doing this latest spike--so when we ran out of bread, I made some (my first bread of the pandemic).  When we needed pitas for my greek dish (one I have been making forever), I made some.  Thanks to King Arthur for both.  So much baking this summer has made me very comfy in just making something I need pretty quickly.

Anyhow, my mid-life, mid-pandemic crisis has led me to a wider array of stuff I am willing to make and to eat.  The next challenge is chocolate lava cakes for a special occasion.

Posted by Steve Saideman at 8:57 AM