Giving Thanks for Trump

As the Trump Administration enters its last lap, it is time to give it some props for all the good it has done.*  No, he hasn't given us roads or aqueducts as infrastructure week has been perpetually postponed.  But thanks to Trump:

I could go on, of course, as it has been a long four years.  We knew most of these things before Trump, but he has taken what was theoretical or posited and provided more than enough definitive proof of these dynamics.  There is something to be said for having clear eyes.  Oh yeah: 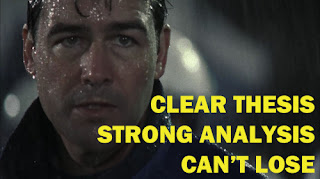 *  To be clear, all of this good stuff does not outweigh the unnecessary COVID deaths, the kids in cages and family separations, and the burning down of institutions and norms.

Posted by Steve Saideman at 1:00 PM