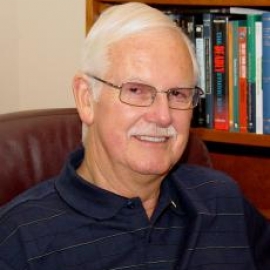 Last night, on the way back from Thanksgiving with the family, I learned that Ted Robert Gurr died over the holiday.  I knew Ted since 1998, so I have some thoughts I want to share.  First, about the title, whenever I bumped into Ted, I was always struck by how tall he was--in height, in stature, and in the way he presented himself.  He just always stood out--because he was tall and so distinguished.  I never saw him, well, as shabby as I can be at times.  His work so very much stood out.  He has over 30,000 citations, which is what legends in the field of political science get to and few others.  His H-index is 67--which meant he averaged something like two articles a year that each got more than 67 citations.  This might not mean much to outsiders, but it is mighty impressive to political scientists.  For how he viewed himself and how he worked at his vocation, see this interview conducted by one of his most successful (and, alas, most troubled) students--Will Moore.

His book, Why Men Rebel, is simply one of those books that is required reading and shaped the field for decades.  The basic argument, if I recall correctly,* is that it is not absolute poverty that causes individuals (and, yes, mostly men although I don't remember gender being something he addressed in that book) but how people view themselves where they are versus where they feel they should be.  While it has  been attacked ever since, the idea helps to make sense of Trump voters today, why richer territories seek to secede, and so on.
*  I am not doing any re-reading of his work to write this as I am not nearly as good as Ted at managing my time.

His second major contribution, in my view, is that he created heaps of public goods--widely used datasets.  Polity, evaluating the world's countries on how democratic they are, was explicitly aimed to do exactly that and then became handy for democratic peace scholars and many others.  Minorities at Risk, which is where I come in, was actually not aimed to become a dataset for asking all kinds of questions about ethnic conflict.  It was designed to assess which minorities in the world were at risk of violence.  Yeah, it is in the title of the dataset, but the intent of the effort baked in a problem that eventually made it hard to use (until resurrected by Johanna Birnir and a bunch of other folks including me).  Anyhow, it was not really designed to be used by others, and one could tell since so many variables were coded as 0 meaning none, 1 meaning high, 2 meaning medium, and 3 meaning low.  Lots of re-coding had to be done.  Oy.

His second book using this, Peoples Versus States, and related pieces indicated that there is actually less ethnic violence now than earlier, which both runs against how we perceive the world (since the media covers ethnic violence, not ethnic peace) and showed that many countries had learned key lessons: that it may not be clear that giving folks more autonomy reduces violence, but taking it away (hey, Spain!!) is likely to cause it; that stable democracy (which Polity showed there is much more of) is better than the alternatives; that international management efforts might actually work.

Ted was definitely a gentleman and a scholar.  I got to know this personally (I have met other "gods" of poli sci, but he is the one I had the most interactions with).  I first interacted with Ted when I learned of MAR as I was trying to figure out how to test quantitatively the arguments in my dissertation.  He moved pretty quickly from being reluctant to share MAR to sending me copies of the raw coding sheets of the international support variables--how much assistance do groups receive from abroad and from whom.  I remember spending hours in my windowless office in Lubbock, taking those sheets and turning them into coded data.  It led to some of my first quantitative publications as well as the quant chapter of my first book.  At the same time, I examined MAR to see what it could tell me about separatism.  This led to a series of articles, but too late for a key opportunity.

I actually met Ted for the first time at a job interview at the University of Maryland in 1998.  This was one of the best job talks of my life, even though I didn't get the job.  How do I know?  It led to a fruitful partnership with Ted and the other MAR folks as well as an invitation to an edited volume project with another Maryland faculty member.  Anyhow, Ted had asked David Lake, who he thought was my adviser, to ask me to apply.  Which I did.  I ended up being fourth or fifth on the short list, and was brought in only after those folks didn't do well.  I did not rank highly on the original list in part because I had not done any quant work yet (it was all in process at the time) and I was pretty junior, and they wanted someone to eventually run MAR and essentially replace Ted.  Given how much I suck at coding data and managing graduate students to code data, they made the right decision.

My subsequent work using MAR data kept me connected to Ted.  When the dataset was attacked for its selection bias problem, I got invited to be on the newly created MAR advisory board and was named its convenor.  I still don't know what that role entails.  The board itself met once a year or so about ten years.  That board helped me connect to both senior scholars and to the next generation of Ted's students, and for that I will always be grateful.  I do remember being rude to Ted at the end of one of these because I had just gotten word that my dog died. I explained later, and he understood.

Finally, I can't think of Ted without remembering how he played a central role in my enduring love of TGIFridays.  At the end of my job interview, Ted had me sit in his office while he looked at his email, and then we got stuck in traffic on the BWI parkway to get to BWI airport.  I didn't have time to get food at the airport as we arrived just in time.   The plane was diverted to Tulsa or Oklahoma because of thunderstorms at Dallas/Fort Worth airport.  By the time we arrived at DFW around 11:30 all of the restaurants were closed and I had nothing to eat since a job talk lunch (small).  I was too cheap as an assistant professor to take a taxi far away from the airport (since all of the hotels nearby were already full of displaced passengers), so I was set for a long night of hunger pains at the airport.  But in the distance, TGIFridays was still lit.  They served that night until 2am, so I went there, and asked if they were still serving food, and they said yep.  They asked if I wanted a drink, and I said yep!  I then sat there, eating and drinking with my luggage, and scurrying out to grab pillows and blankets (both airplane size small) as they were being distributed.  Finally, they distributed cots, so I grabbed all of my stuff and took the cot to a quiet gate and tried to sleep.  In the morning, I woke up, and saw lots of legs with blue pants sticking out of the boxes that the cots had come in--Air Force cadets using the boxes to sleep--smart folks.  Anyhow, TGIFriday's opened at 6am, so I had breakfast and then got on my plane to Lubbock.  And it was all much more indelibly etched in my mind since Ted took his time reading his email before taking me to the airport.

I chatted with Ted briefly over the past few years at conferences, but we haven't talked much over the past several years.  I will always remember Ted fondly for not giving me a job despite giving one of my best talks as he did make a huge difference in my career--providing me with data that led to some of my most cited and perhaps even influential publications, involving me with a great group of people to improve and then rescue the dataset, and being a hell of a model.  I will never stand as tall as he did, but being perched on his shoulder has given me a hell of a view and a big leg up in this profession.  Rest in peace, Ted.

Posted by Steve Saideman at 8:51 AM

I think we were in touch during some of these years; it is vague but I remember the Lubbock and then the move to Canada. Ted was my PhD supervisor, completed 1995, and a great scholar and teacher. It was uncanny and a bit creepy how much he resembles my dad, both 6' 5" or so, slim, white hair, and born within a year of each other.

Yes, Sarah, I remember you. I had no idea that Ted and your father looked like each other!