The Return of Shame

Listening to a bunch of podcasts crystallized something for me (Jemelle Hill on the Pressbox Podcast,  Bakari Sellers on the Bill Simmons podcast).  When Trump became President, he gave permission essentially to racists to be publicly racist, that they didn't have to feel shame for stating racist stuff outloud.  As Sellers (it might have been Hill) noted, the striking thing about the Charlottesville racists was not what they were saying but that they were doing it without masks.

What is going on now?  This tweet and video struck me:

Um, yeah, the cops around North America have much to be shameful for.  Saying that they are being shamed is striking after three plus years of shamelessness.  This is progress--that impunity and entitlement are no longer in fashion.  That the public now, via various surveys, is ashamed of what the police are doing, and it is having a political impact.  A number of cities and states are starting to act to restrict the police in various ways, to regulate them.

In Philadelphia, they took down the statue of Frank Rizzo, a polarizing police commissioner and mayor.  Politicians were always worried about doing anything like this because Rizzo was the first Italian-American mayor of Philly, and because doing so would offend, well, the white supremacists.  Then in a quick series of events, it happens.  And what is striking about that--not much opposition was raised.  Why?  Because anyone doing so would face withering shame. The silence is striking. 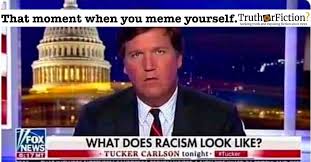 Shame is back!  Ok, not entirely, as Trump has not gone into hiding (unless you call his self-caging counts) and white supremacists like Tucker Carlson, Laura Ingraham, and Ann Coulter are still getting time on TV.  But now, a new boycott movement is underway to make Fox pay a price for having Carlson on.

Obviously, there is more going on, and maybe I am exaggerating.  But I do think that just as Trump's election gave permission to racists, anti-semites, xenophobes, homophobes, and misogynists to be more brazen, I think the past few weeks may be started to reverse that. 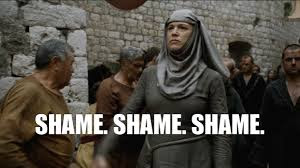 Posted by Steve Saideman at 8:40 PM