It has been a very tough year for the Canadian military.  The abuse of power crisis has been waiting for new leadership.  Other militaries are going through similar struggles.  As we look back at past wars, and especially the one that ended at 11am on the eleventh day of the eleventh month, I keep thinking of civilian control of the military.

A key quote from that time: "War is too important a matter to be left to the military."

Why did Georges Clemenceau say this?  Because the military had failed the civilians?  Partly but also the civilians had failed the military.  War is politics by other means as Clausewitz argued long ago.  While generals like to do deny it (as I was reminded last week in Denmark), most decisions are political, and, yes, the civilians should have much say.  World War I saw the militaries of all sides wasting the lives of a generation in battles that were seen as successful if the attacking side gained a few yards.

With the fall of Afghanistan, we are asking anew about leadership and the costs of war.  Was Afghanistan worth it?  What were they fighting for?  While there is much blame to be had, as civilians control democratic armed forces, much of the blame is on the civilians.  When I read military history and I see soldiers getting the highest medals for their valor, I think two things: what amazing people we have who serve and who put them in a position where they needed to be so heroic.  I am reading Wesley Morgan's book on the battles in Pech Valley, and both the heroism and the bad leadership are there on pretty much every page.

On this Remembrance Day, I not only remember the costs paid by the soldiers, sailors, aviators, and marines, past and present, but of the civilians who could have led better and of the situation today where the civilians must exert control with greater creativity, greater accountability, and greater responsibility. 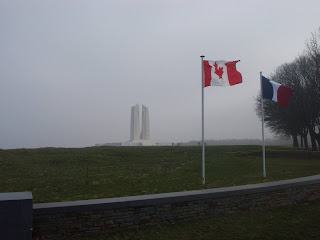 Posted by Steve Saideman at 7:42 AM