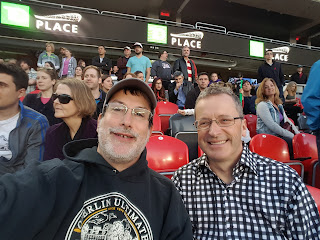 Last night was the opening game of the American Ultimate Disk League in Ottawa--the Ottawa Outlaws vs. the Montreal Royals.  They played for this first game of the season in the big football/soccer stadium in town.  They had free tickets for those who play in Ottawa's ultimate leagues so I took a colleague, David Long, who had introduced me to curling--turnabout is fair play!

So, how is professional ultimate different from regular ultimate?  In more ways than I expected: 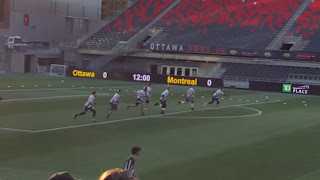