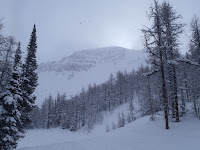 Longtime followers of the Semi-Spew will know that I like to give talks at universities near ski areas in wintertime.  This time, I gave a talk at the Centre for Military and Strategic Studies at the University of Calgary on what we can learn from Afghanistan.  And I learned much both from those who attended and from someone who couldn't make it to the talk but did attend the dinner (my first real convo with someone inside the Harper government!) 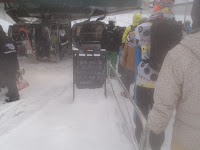 More importantly, I got to ski at Lake Louise.   My previous talk here about four years ago led to a different ski area--Sunshine.  I think I prefer Lake Louise, although I couldn't see much of it because it was snowing both days.  Indeed, both days, but especially the first, made for some challenging skiing since I could not see well at various times.

Given that I was talking about lessons learned when Canada was under much pressure in Afghanistan, what did I learn during two hard skiing days? 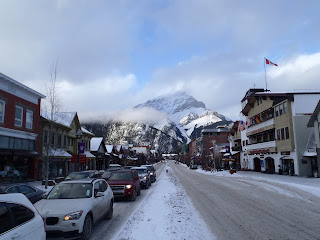 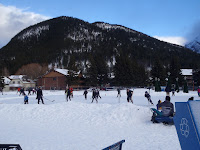 I am very lucky that I can do this, that my teaching schedule this term (M/W) gives me the chance to take off just when the slopes are getting sweet.  It will probably be the only skiing I do this year, as the places closer to home have been cycling between rain/snow/melting/freezing and I am too old to mess with ice.

Oh, and one of the cool things about being on the slopes for two days is I am mostly out of the loop about whatever Trump is doing and how incredibly dumb the Nunes memo is.  Ok, I caught some of the tweets of along these lines:


Yo’ memo is so unqualified, Trump made it a cabinet member. #YoMemoJokes
— Alyssa Milano (@Alyssa_Milano) February 3, 2018

Posted by Steve Saideman at 7:25 PM

Email ThisBlogThis!Share to TwitterShare to FacebookShare to Pinterest
Labels: skiing