Jeez, what a bad week for Justin Trudeau in India--he looks silly wearing traditional Indian garb, his wife posed with a convicted terrorist who also had a dinner invite, he gets snubbed for much of the time, and Canadian-Indian relations don't look good.  He also tried to use the Quebec example to analogize with Punjab, but since the only violence Quebec saw was nearly fifty years ago and was limited to one death and a bunch of mailboxes, perhaps not?

I am not going to overreact and say this happened because getting pics is more important than anything else.  I will say that Trudeau needs to leave the home game at home (pandering to the Sikh voters in Canada) and focus on the national interest when abroad. Oh, and he needs to shake up his team since this is the third flubbed Asia trip in a row--Japan, China and now India.  I would like to blame it on how much effort the government has put in the "manage and mitigate Trump" effort, but I do believe there are enough officials in the Canadian government to do two things at once.

It all makes me think that the pressure for Canada to be not just an Atlantic country but a Pacific one may be wrong--maybe Canada should do what it does best and not do what it is bad at as European and North American visits tend to be far less problematic.  I have no idea why.  Maybe the next government should go east, but this one should not venture beyond Hawaii?  Ok, that's a bit much too.  Still, there is a pattern here, and it is disturbing.

After spending an hour listening to the demographic trends the other day, where the biggest sources 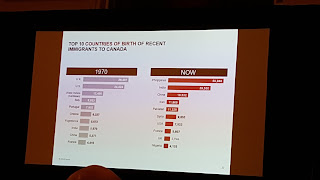 of immigrants to Canada are the Philippines at #1, India and then China, Canada must pay attention to Asia.  Also, we can't ignore these markets.  I have been arguing that Canada should focus more on India than China if one wants more market access since the former requires far less compromising of Canada's values.  That may have to wait now, thanks, but the larger point remains.  Likewise, Asia matters since the most likely threat of a major war that disrupts the international economy and gets millions of people killed happens to be in Asia.  So, we can't ignore it. 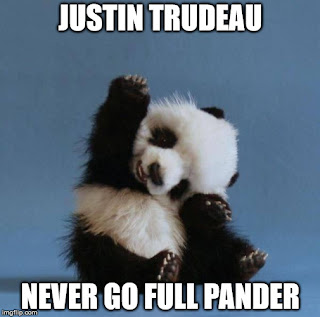 So, how does Canada do Asia better?

*  I, for one, don't mind him bringing his family, but eight days in one country? Any country?  Nope, no.  way too much.
Posted by Steve Saideman at 8:33 AM

I am of the opinion that any international trip that doesn't get you humiliated by the country's court jester (psst, Hi Mitt! http://www.bbc.com/news/world-us-canada-19007127) is ultimately a forgettable one. But they got awfully close.