Meg Guliford asked a question nobody asked me before:

Okay, I've found in these situations that the less shame I have about asking questions the better I am.
I'm a graduate student. How do experienced academics recommend I try to identify (and court) potential co-authors when no one at my school does similar work?
— Meg Guliford (@mkguliford) August 17, 2018

Go to panels on stuff related to your topic and see who presents what and how they do it.

Examine who you cite--either they or their students might make sense.

it depends on what you need co-author for--for skills/expertise you don't have? Then don't look as much for interest
— Steve Saideman (@smsaideman) August 17, 2018 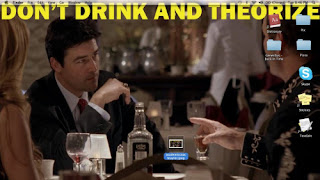 But this all ignores the first step: why do I (you, they) want a co-author?  Once you have that questioned figured out, then the next steps become a bit more obvious.  For we political scientists, the usual answers are: a co-author has a theoretical perspective that is useful, subject area expertise or methodological expertise.  Perhaps one is weaker in an area and wants help.  Or perhaps the project is big enough that one needs someone else to do some of the heavy lifting.  Or one is looking for inspiration--a partner to push each other to develop the question and the answer.

I sought out my first co-author, Bill Ayres, as I was playing with the Minorities at Risk Dataset, and wanted someone who was interested in separatism but had better quantitative skills.  I forget how I identified him as a potential sucker co-author, but I went to a panel of his at an APSA or ISA long ago to see what he was like.  We met up afterwards, and we talked, and we complimented each other well, so three articles and then a book.

My second set of co-authors were a colleague and two graduate students, as I had some ideas but needed help in collecting/coding supplemental data (the graduate students did the heavy lifting) and some help in the methods--the colleague--David Lanoue.  This led to my most cited piece.  Bill and David are now both administrators--but I am sure it is not my fault.

My third and fourth co-authors were on a project where I wanted more expertise--Beth Dougherty knew the case I wanted to add, and Erin Jenne helped with the other case study on the domestic dynamics of separatism.  So, one was an expert on the case, and the other helped push the paper across the finish line.  I sought out Beth, if I remember correctly, because I found either an article or a paper by her that showed me that she knew the Eritrean case. I knew Erin from accidental networking, and she has been a pal ever since.  She invited me to join one of her pieces, and we ended up doing a lit review together.

Moving on from the IR of ethnic conflict to alliances and comparative civil-military relations meant leaving behind some co-authors and finding others.  When I started the NATO work, I had two friends from grad school in mind--both far stronger on the relevant theoretical stuff than I.  I came with the question and the grant money, and we worked together to figure out the theory... leaving behind one friend who was too busy with other stuff.

Other co-authors were former undergrads, former grad students, fellow collaborators on the same dataset (MAR yet again) and then a new colleague.  So, yeah, most of the first collaborators were relative strangers, but as I got deeper into my career, my friends became my co-authors.  Sometimes, I or they were looking for methods help (ok, I was looking for methods help), sometimes I/they were looking for theoretical expertise.

I don't know how other people do it, but I think it is kind of like what was said about Hillary and Bill Clinton's marriage: that no one understands what a marriage is like except the two people in it.  Plus my addition: and not even them.  Sometimes, co-authoring has been smooth, sometimes less so. one might think that the smooth ones are indicated by continued co-authorship, and that would be mostly but not entirely right.  For a couple of co-authors (those using MAR), our partnerships were cut short as that dataset got attacked, leading to those lines of research hitting unexpected deadends.  For others, our interests diverged.

There was and is no master plan.  All I know is that I have gotten to where I am today by working alone on some stuff and working with sharp people on other stuff.  Co-authoring has been both fun and frustrating.  I know my work is better off for it, as I have learned a great deal.  But I don't go looking for co-authors just to co-author--I look for co-authors became my projects require help of some kind.  My current big project involve co-authors who have expertise on the stuff and can share the travel burden.  The one after that will involve a former graduate student, as I started working with her way back when and we are only now getting focused on what is becoming a cooler and cooler project.

As I get older and crankier, I am guessing that I will be looking for younger folks to work with--because they will have the best quantitative training and have better datasets than I can put together.   Indeed, the fundamental starting point of co-authoring is this:

Posted by Steve Saideman at 8:04 PM