Bullies in the Field of IR

When I posted the other day about Bullies in IR, I was referring to leaders/countries making threats hoping to cow others into submission.  The IR scholars on my facebook page thought I was going to discuss bullies in the field of IR and were disappointed that I did not.  Are there bullies in our field? Absolutely.  Should I out the ones that I have observed?  Um, I don't know.  Yes, there are still costs, even to a full professor, to antagonizing those who wield power in ways that are cruel and abusive, as they might target my students, for instance.  There were bullies in each of the departments I have worked, but their impact varied depending on how the larger community reacted.  In some places, they were contained/constrained, and, in others, they were empowered. 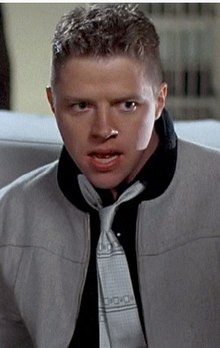 What kinds of bullying are there?  Senior folks picking on junior faculty (I have heard about one sending unsolicited tenure letters to sink the candidacies of scholars elsewhere), majority folks (white, male, etc) picking on less represented groups, profs abusing their power over students (including but not only sexual harassment), profs abusing their staff, etc.  Things can work, of course, in the opposite direction, but since power plays a role in much of this, bullying the more powerful seems unsustainable to me.

What motivates bullying?  The obvious answer is insecurity, but people can try to push others around for all kinds of reasons--because they enjoy it, because they get stuff out of it, because they have been trained to do so, etc.  Impunity certainly plays a role--why change your behavior if there are no consequences?

The problem, of course, is that bullies are successful in creating climates of fear--that they are not outed because people worry that they will face retaliation directly or indirectly by the person or by their friends. Yes, I was willing to out a sexual harasser because I knew the case very well and, well, I knew that he had limited ability to harm me, so it was not so brave.

Some might suggest developing reporting mechanisms that allow for anonymous complaints so that the bully can't target those who blow the whistle.  However, anonymity is problematic since it can be used not just to report bullying but to do bullying (see Political Science Rumors and its predecessors).

Within a department, one should be able to find allies to organize collective action (always easier in smaller groups).  But that collective action won't go very far if the administration is not interested in improving things.  And, yes, administrators may care less about bullying and more about how much money a person brings in or how often their work is cited.  I wonder about the incentive structures not just of bullies but those in administrative positions.

Perhaps the most feasible solution in the short term in the profession is rather than calling out the bad actors is to call out the good ones.  #academickindness and #scholarsunday and other twitter threads dedicated to identifying the positive influences, the kind people, the non-bullies, may help create positive environments and norms, and provide less space, less implied tolerance of bullying.  At least, that is the easiest collective action we can do.  As administrators, as convenors of meetings, as hiring committees, and in our other roles, we can reward kindness and punish bullying.  Why invite an asshole to one's edited volume project or to one's conference?  It is beyond me when I see a particular bully hired again and again.  At some point, the reputation should become clear and that people ought not hire such folks even if their work is highly cited.  When bullies get to be named President of an association, I am appalled.  Can't we do better?  Can't we include decency as a criteria?