This is Not How NATO Works 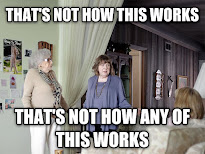 Poland today and NATO might do.  This is one time where TV is going to get it much more right than the newspaper.  Why?  Because the major paper of record in Canada got it spectacularly wrong:

This is looking like a grave and possibly deliberate provocation by Russia, but it does not mean that NATO countries must, or will, become militarily involved, even if Poland invokes Articles 4 or 5. It’s worth actually reading the North Atlantic Treaty https://t.co/Y9TNNoUmFK pic.twitter.com/kztaPvF3Lb

FFS!  NATO is a collective organization--one country cannot wave a magic wand and shout "Accio alliance!  Tada, Article V is invoked!!!"  Nope.  What any country in NATO can do is call a meeting so that the alliance could consider invoking these famed article.  A5 is the "an attack upon one is equal to an attack upon all."  The Dave and Steve book on NATO explored how obligatory that is (it's not) and what explains how countries behave when asked by the alliance to do something.

But getting back to that attacked thing: it only counts as an attack that deserves a collective response if a consensus among the members.  Everything at NATO operates by consensus--no one is ordered to do anything by any specific country or any sub-group of countries.  This means there is a lot of lowest common denominator kind of decisions with opt out clauses (did you read the Dave and Steve book yet?).

So, one of the first things Poland (or anyone else seeking to invoke A5) has to consider is: can they get consensus?  If not, don't ask because it is more than a bit embarrassing to ask and then be denied.  Ask Turkey about that.  It is kind of like going up for Full Professor when you don't know what the result will be--it only ends in pain and sadness (and moving which then leads to joy).  Can Poland get damn near all of the alliance (Greece or Hungary or Turkey can agree not to be too disagreeable but not support the decision and then not deploy troops)?  Um, no.  France, Germany, and Italy, to name a few obvious, more powerful members, have been just a wee bit ambivalent all the way along, and they certainly don't want to be involved in a shooting war with Russia.

One of the other things Poland has to consider is: would A5 be good for Poland?  Um, no.  Because if NATO would go to war with Russia, which is what invoking A5 means, that would mean that Russia is no longer restrained from attacking the supply lines leading from the West to Ukraine through ... Poland.

The existence of A5 in the treaty is working--for both the alliance and for Russia.  Until today, after nine months or so of war, Russia had refrained from hitting any NATO country and specifically Poland.  And today was probably an accident.  An accident that may have been made more likely by a loosening of Russia's rules as they hadn't attacked border cities all that often.  But Kherson and other developments may have changed the risk calculus for Russia.  Anyhow, A5 has been good for NATO's eastern members as it has restrained Russia.  It has also been good for Russia since it has restrained NATO from engaging in direct violence.

So, no, Article 5 is not going to be invoked.  Article 4, which is a way to indicate the need for serious discussions against a threat, will be.  Poland will get reinforcements as will other NATO allies, Ukraine will get more anti-aircraft equipment, but Ukraine will not get what it wants for an early Christmas present--a NATO intervention.  This would be great in the very short term, but might also lead to nuclear war, which would be bad for a very long time.  As I said at the start of this, rule #1 of avoiding nuclear war is for nuclear powers not to fight each other directly.  India and Pakistan have made us all very nervous.  US and Russia have stuck by rule number one, and that is not going to change now.

So, as I told CBC Kids last month, no, Virginia, there will not be a nuclear war.

But then again, some elements of the media want to scare folks for sales and market share and ratings, I suppose.  For shame, Globe and Mail, for shame. 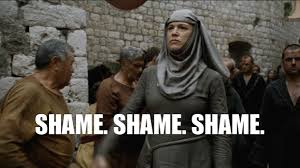 Posted by Steve Saideman at 8:48 PM