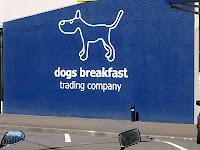 Today is the last day of my trip, excluding tomorrow's time-traveling, globe-spanning, plane-changing, headache-inducing odyssey back home.  I can only hope to avoid the magnetic force about mysterious islands in the South Pacific.


I have been extremely lucky with the weather, as it is warm and not so windy today.  Yesterday was nice as well.  So, I have done some tourism this morning before meeting an academic to talk about NZ and A-stan.  Yesterday was a very productive day with a morning roundtable with NZ foreign affairs and aid folks and an afternoon roundtable with NZ defense folks.  The latter was especially useful for my research.  It turns out that the NZ special forces (their Special Air Services) actually can and do fire their weapons!  Well, I learned that their PM might have indicated some surprise there, but I learned a great deal.  My goal, when I get home, is to immediately write a chapter that compares the Aussies and the Kiwis while also transcribing my notes.  Then, I have to go back and write up the chapters from last summer's escapades.

So, what else have I learned about Wellington and New Zealand? 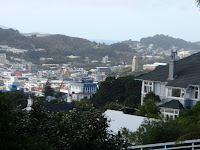 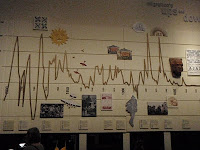 Regrets on this trip?  Not many, other than not being able to take the family.
Pics to be added once my camera battery is charged.  Cheers, mate!  [updated]

PS  and to be clear, it is Friday here, and I get to live through Saturday, March 20th, twice.
Posted by Steve Saideman at 8:56 PM

Oh, I would've loved to see you in the cattleman's coat! I've really enjoyed reading about your trip here.