Reactions to a Day of Interviews in Multiple Aussie Buildings

Had a great day of interviews with different folks in Australia.  So, what have I learned? 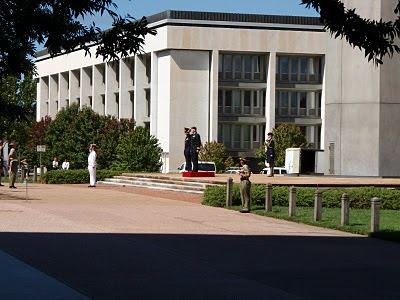 Overall, an interesting day.  A more complex picture than I had expected.  Lots of new avenues to pursue as well.  Good times.  Tomorrow, I get to meet a couple of politicians, more foreign affairs types, the center on civil-mil relations, and a key academic.  I do have a great job, don't I?  And I didn't even mention the great beer.
Posted by Steve Saideman at 5:07 AM