I think it was mighty appropriate that I spent 9/11 this year learning about another tragedy that showed both incompetence and heroism: the attack in Norway on the government buildings and the youth summit on an island on a lake on July 22nd, 2011.

I was invited to a series of events organized by the academic outreach folks at the Canadian Security Intelligence Service to present the findings of the Norwegian Commission on the 22nd of July.  Laila Bokhari, a political scientist, served on the commission and presented the findings at CSIS.  Check out the report as it has an intro and conclusion in English.

The story is well known: Anders Behring Breivik built a car bomb, placed it near the main government buildings, and after the explosion he drove off in another car, went to an idyllic island on a lake and proceeded to shoot 69 young folks who were members of the youth division of the party that was in power.  A total of 77 people killed and many more wounded.  A very shocking event to Norway and beyond.

CSIS and various members of Canada's security community (Public Safety, RCMP, etc.) were interested, as the Commission did a thorough job to evaluate how Norway handled the situation--before, during and after.  The short answer is that Norway did rather poorly in some important respects and did well in others.  How so?
Why did Norway not follow the training, the exercises, etc?  Well, for one thing, many folks were on vacation so the person making many of the calls was not the Deputy but the Deputy's Deputy, which meant he or she had no training or practice.  He or she did not know where the manuals and plans were, where the checklists of what to do were.  Wow.

And this goes to one of the reasons why governments in general screw this up and some parts work better than others.  Governments often have officials cycle through various posts, so those who get training move on and are replaced by those with less.  Also, the medical folks deal with emergencies every day and big ones frequently and constantly drill and live this stuff.  The police folks, at least in Norway, did not so much.

Breivik's timing was driven by his declining funds--he was running out of money so he needed to attack sooner rather than later.  So, the bomb blew up next to largely empty buildings.  A late Friday afternoon in summer.  This worked both for and against the government---less casualties at the bomb site but less experienced personnel and understaffed posts to work the second attack.

While there are many good recommendations in the report, I am suspicious about how much will be implemented.  It is an election year, there are the usual actors that are more interested in other stuff than effectiveness (gun lobby, unions, parties).  I pointed out to Bokhari a book by Amy Zegart, Flying Blind, which explains why the FBI and CIA failed to fix themselves despite heaps of recommendations.

Oh, and I learned something else: CSIS has a big, big building: 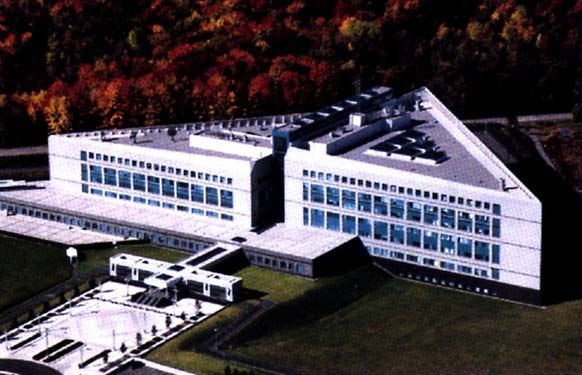 Posted by Steve Saideman at 6:09 PM