There is a renewed debate about how to measure one's contribution to NATO.  This reminds me of the academic enterprise of ranking--that any effort to rank universities or programs always produces a new ranking that improves the ranking of those doing the re-ranking.   So, it is not surprise that focusing less on the 2% of GDP on defense expectation and more on what countries do, as argued here, is an approach Canadians like a great deal.

John Deni, the author, is sharp in using key cases to make the 2% standard look foolish.  By that measure, Greece looks great and the Danes not so much.  But Afghanistan and Libya, the Greeks did little and then none while the Danes did much.  So any metric that focuses on what countries do as part of the NATO alliance will favor the Danes and denigrate the Greeks.  The Canadians would find their ranking rise as well.

While caveats are not everything, our research does show a fairly consistent division between do-ers/risk-bearers and the rest: 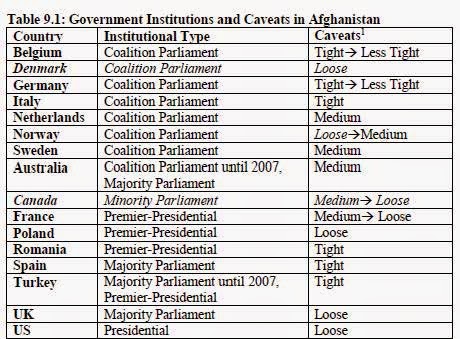 Of course, one could use other metrics of burden sharing, such as size of contingent deployed or killed in action: 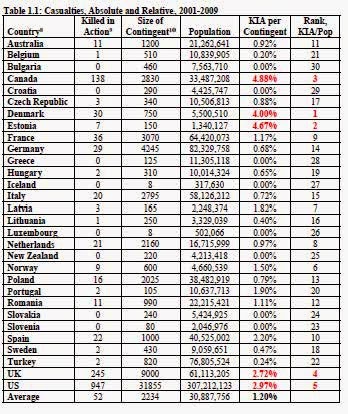 So, one can develop all kinds of rankings.  I do think taking into account the actual "doing" makes sense, but I do see the point of the 2% expectation being key in pressuring countries to spend enough money so that the actual operations are done by troops that have been trained with equipment that is in good shape and all that.

The key point here is: rankings, like love, are a many splendored thing.... or something.
Posted by Steve Saideman at 6:00 AM