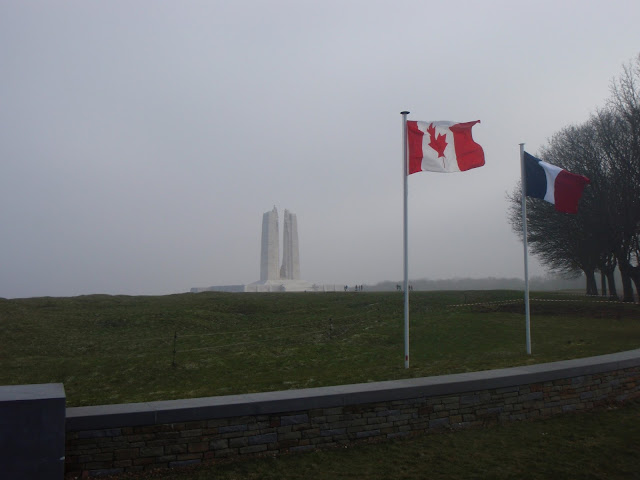 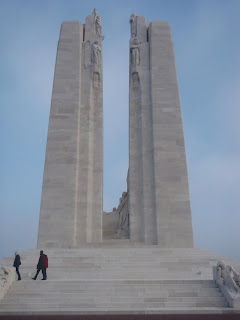 Sure, Canada has been around since 1867, but it is often argued that Canada as a nation really came into existence on this date in 1916.  Why?  Because that is when Canadian army units fought together as a single unit and made a big difference--taking Vimy Ridge.  It was, like all WWI battles, very costly.

Apparently more than 80% want Vimy to be a key part of Canada's 150th birthday celebration next year.  Of course, the survey was commissioned by the Vimy Foundation, so the results might be driven by the question wording.  But there is more to it than a survey:

“'In those few minutes I witnessed the birth of a nation,' Canadian Brigadier-Gen. A. E. Ross declared after the war."  I have been hearing that since I moved here.  Something about this battle, its coverage and the place it has played in history books and school lessons ever since has resonated.  That the French gave Canada hunks of the battlefield and then an incredibly moving memorial was built there (I took these pics in 2011 during my research trip in and around the Netherlands and Belgium) might have something to do with it. 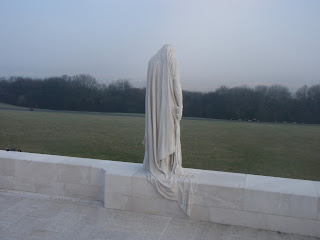 At this moment, I cannot think of an equivalent memorial outside the US that has this much national resonance.  The major US memorials are all in DC--the ones whose pictures reverberate.  I have been to several of the US memorials in Europe, and many are striking, but none stand out like Vimy for Canada.


Of course, even without the memorial, we have the forever altered topography of the area.  The picture is of the area near the memorial, where people still cannot walk due to unexploded shells from the battle. Note how uneven the terrain is--the marks made by artillery blasts remain. 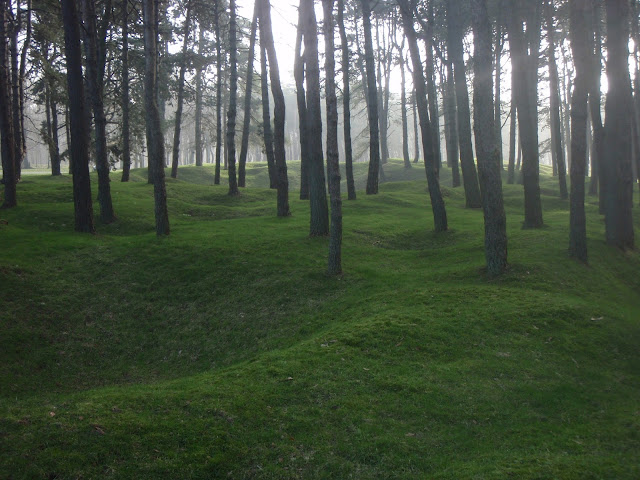 Apparently we destroy better than we build, as concrete is needed to keep the manmade stuff intact: 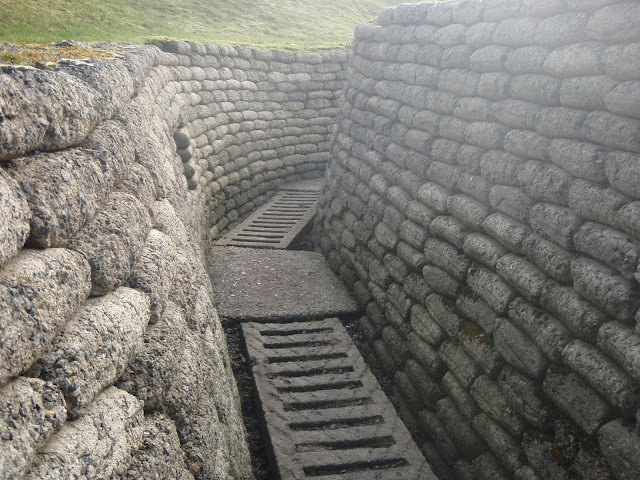 Next year is the big anniversary--one hundred years since this battle. But given the cost and the impact, it bears marking every year.

Posted by Steve Saideman at 9:59 AM