What Next? Voice, Not Exit.

I saw a post on twitter about someone saying that they are leaving the US as a result of the election, and it got me thinking about the classic choices enunciated a while back: Exit, Voice Or Loyalty.  Should folks leave or should they stay and fight?  I am poorly situated to make recommendations for a few reasons: that my confidence (and anyone else's) in my opinions has been shaken pretty hard by getting the election wrong,* because I live in Canada which means that the effects of Trump will be strong but indirect (I will not face the same risks as those living where the Attorney General might be Guiliani) AND there is less I can do.   But, a lack of expertise has never stopped me from Spewing before.


*  I will be thinking about this for quite some time--and will post again and again, because it is what I do.

Anyhow, in a series of tweets, I thought the following:  I am hoping that people choose voice and not exit (particularly not silly ideas like California seceding).  I hope people organize, campaign, protest, oppose, pressure, and boycott.  Democracy means losing elections and accepting the loss of an election, but it does not mean having to accept awful policies.  I don't know what resistance can or should look like, but resist we must.  I know that it should be peaceful both because it is the right thing to do and it works better.**

I do think that spending much effort on blaming each other is not going to be helpful.  Yes, we need to figure out what went wrong in the election--trying to reform or get rid of the electoral college is a waste of time and effort given the obstacles to constitutional amendments.  Indeed, our focus should be on winning more statehouses so that the other side cannot amend the Constitution at will.  One of the things that separates the US from Hungary, which is further along this path, is that it is very hard to change the structures of the political system.  While the electoral college has not been a friend to Democrats, other structures enable and empower dissent.  Defending those institutions must be the focus.

Much of this is easy for me to say from Ottawa, as I am not directly in harm's way, but I do have family and friends whose lives are at stake, most directly by the threat to end Obamacare.  The question for me is what to do now?  What can scholars and bloggers do?  My first thoughts: donate, write, talk and support.  I cannot really tell anyone else what they can do--not just because my confidence is shaken, not just because I don't live in the US, but because there is probably not one right way to proceed.

All I can recommend is to take care of you and yours and the strangers who face hostility just because they are different.  We need to embrace empathy.  And yes, we need to use humor and silliness to ease the pain and inspire.  The Joe Biden as prankster memes have been wonderful.
So was this:

Yes, it caused me to cry, but we need to express our grief.

Of course, my general tendency will be to apply pop culture and especially Star Wars 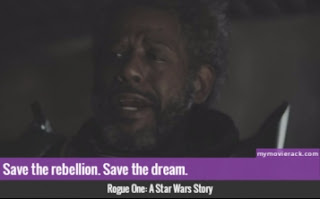