Why I Am Not So Worried about Vigilante Poll Watchers

Yes, Trump has asked his supporters to monitor polls.  But I am not that worried.  Why?  Well, let's unpack the watched, the watchers and what ethnic politics tells us.

It is pretty clear Trump is talking to his white supporters as watchers and African-American voters--the folks to be watched.  He has raised questions of how strange it is that inner city places like Philly seem to produce overwhelming support for the Democrats (maybe because the Democrats don't nominate too many fans of white supremacists?).  He is suggesting essentially that white folks go to where the African-Americans live and watch the folks there vote.

Is this likely?  Perhaps a few will do it, but one of the key findings of much of the work on ethnic conflict is that people do not stir stuff up where they are a local minority.  Ethnic riots happen where the rioters are the local majority.  Why?  Because people are not stupid and mobs are actually not that brave.  It is easy to talk the talk of being a bold white supremacist Trump voter at a Trump rally.  It is another thing to go into an African-American community or a Latino community and stand outside a voting site all day long.

Of course, the other factor here is that the Trump organization is not organized.  Its website aimed not at organizing poll watchers but to raise money.  There will be no organized poll watching effort.  So, will small groups of white men decide to spend a chunk of their day (if they are employed, this is problematic except on early voting weekends and nights) get out of their comfort zone and hang out in unfamiliar communities?  I doubt it. 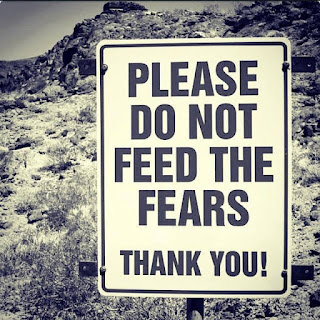 In general, you're probably right, but it only takes a handful to get the snowball going -- on either side.