Extending in Mali: Why the Hell Not?

Yes, I understand that the CAF will have to adjust, either by extending the current tour by three months or having a third rotation either for just three months or to shorten the second rotation a bit and then have a three month plus third rotation.  The military might say, and probably did, that this will upset various standard operating procedures.  And I get that.  But the CAF also prides itself on being a flexible force, so which is it?  Flexible or not?  Maybe the CAF is overextended with missions in Ukraine, Iraq, and Latvia, but again, what would it take to extend for three more months?

Because leaving on time here is not as bad as leaving Afghanistan early, but it has a similar effect: burning the political capital that was gained via sending the troops in the first place.  Maybe not all of it, but some of it.  The UN officials who begged Canada to replace the Germans are now scrambling to figure out what happens after Canada leaves--so they aren't happy.  The Germans and other Europeans who felt that Canada was doing them a favor will be unhappy since Canada can't just do a wee bit more, or as I always put it, the least Canada can do.  The Romanians will not be thrilled because they may end up getting pressed to show up earlier, which means more money and more risk.  Is the campaign to get a UN seat over, with Canada declaring no mas?  Of course, folks will say that this is not about a UN seat.... sure, sure.  But not extending for a few months certainly does not help the campaign, whether Canadian officials have or have not recognized that they aren't winning it.

Of course, this fits into a larger pattern of the Trudeau government--dithering and delaying.  It took a long time for Canada to decide to do this mission, just as I argued here that Canada took longer than it should to decide to send troops to Latvia and then longer than I would have liked to actually send them.  For a government that started with a cabinet retreat focusing on deliverology, it does not deliver that great.  [To be honest, I still prefer this government to the alternatives, but I would prefer that it performed with a smidge of alacrity]

A former student pushed back, saying that it didn't make sense to do this since a three month extension would put the mission into the middle of the next election.  I understand there is some risk, but the mission thus far has not made any news at home, and I doubt that it would generate much news during the election.  The Canadian helos might crash or might get shot at, but the mission is quite restricted--Canadian troops are not on the ground except behind the wire.  The mission was designed to be low risk, and low risk it will continue to be.  While it has the potential to be an election issue if something were to happen, the ruthless attempt to avoid all risks tends to create other risks, such as criticism from outside about whether Canada is serious about its role in the world and the opposition picking up on that criticism.

One of the things I admired about the Canadian officers I interviewed for my work on Afghanistan was that they mostly believed not in avoiding risk but in mitigating or managing it.  I know that politicians are less likely to have that attitude, but, again, the desire to avoid all risk creates different kinds of risk, not the absence of risk.  So, maybe go with the risks you know rather than the ones you do not?

Of course, the government and the CAF might just say: 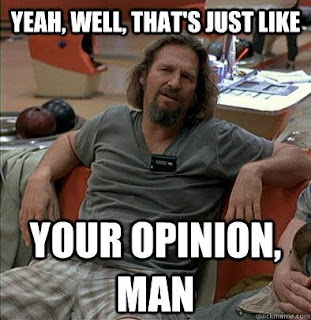