Then and Now: 100 Years Since the End of the War to End All Wars 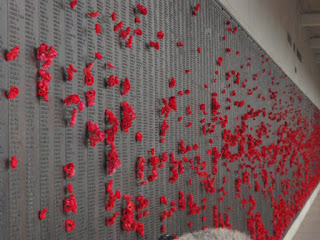 I have so many thoughts running in my head as folks remember and commemorate those who died in World War I.  We have learned so much and yet so little.  So, this really will be a semi-spew as I figure out what I am thinking today.

First, it is hard to imagine a more tragic conflict, as so much blood was shed by generals who thought that they could beat the other side with just a bit more audacity (someone else's blood) again and again.  For what?  For the rise of Communism.  For the prelude to fascism.  For a fun decade followed by a deep depression and then another World War.  Not every front in the war was as wasteful and pointless as the Western Front,

Second, the ending was so very strange--we must fight up to 11 am on the 11th day of the 11th month.  I get it that they could not do it immediately after the signing since comms were not so great.  But to continue offensives when you know the end is near?  How wasteful is that? 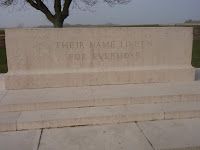 Third, when we talk about the origins of the war, much focus is on whether to blame Germany or not, but that misses the larger point--there were both agents and structures in play here.  Not just the people who ran the various countries, but the balance of power, the arms races, the security dilemmas, the alliance structures, the lessons from the past that all combined to lead to this war.  When international relations scholars look back, we tend to focus on the structures.  When journalists look back, they focus on the people.  It is important to learn how individuals handle a crisis, for instance, since the war didn't happen overnight.  Yes, mobilization started not that long after the assassination of the Archduke in Sarajevo, but there were points where individuals made things worse.  Likewise, it is important to consider how structures enable leaders to make good or bad decisions or constrain choices.

For me, a few things resonate loudly 100 years later because of my own biases: 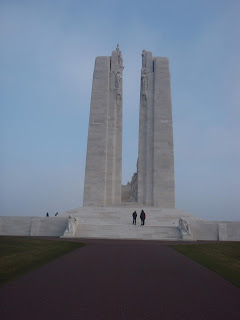 So, there is much to remember.  Not just the sacrifices of a generation of soldiers and sailors, but the lessons learned and unlearned.