17 is a Strange Number 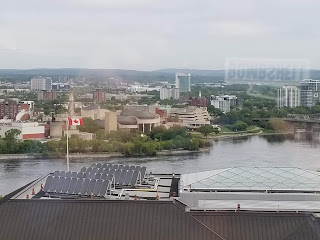 I have been in Canada for 17 years now.  Last week was the seventh anniversary of moving to Ottawa and the seventeenth anniversary of moving to Canada.  17 is an odd number for anniversaries--it is not round, but it somehow seems much longer than 15 or 16.  On this Canada Day, I marvel at how time has passed so quickly while hanging around up here and how much I look forward to sticking around for the duration.

When we moved here, my daughter was entering first grade (grade one if you speak Canadian).  She is now graduated from college and fully employed in L.A.  I feel most impacted by time when I see the pics of my friend's kids.  Then I see my own kid's old pics and new, and it reminds me that time has passed quite a bit.  Canada was very good to my daughter--she became bilingual, she learned to skate, she improved her skiing, she became quite intolerant of intolerance.  Canada has been good to my wife and I as we also skied much (haven't skated at all), enjoyed much comedy at the Just for Laughs festivals in Montreal, made new friends in Montreal and Ottawa, played much poker with them.  I have played far more ultimate frisbee than I expected.  Indeed, I played far more in the past 17 years than in the 17 years before that. 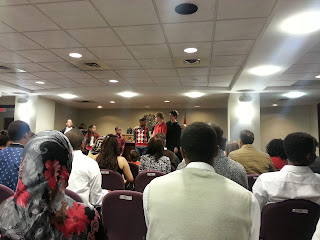 We took too long to become citizens--we should have done it sooner, but I tend to procrastinate when faced with paperwork (tis why I am blogging and not doing the expense reporting from most recent trip).

And professionally, damn, this place has been good to me.  I have had two great jobs here, enjoying so many great Canadian (and non-Canadian) students at all levels--undergrad, MA, and PhD.  I have had great colleagues in both places.  The government has been generous in funding my research, which has taken me far and wide.  I am now deeply engaged with a fantastic team in building a Canadian network of defence and security scholars, partly because I want to give back, partly because I want to help out Carleton, and partly because it means hanging out with a great bunch of scholars on a regular basis.

Canada is not perfect.  The top office holder in my province is Doug Ford.  The country's politics seem to turn on pipelines, which is mighty strange.  One reason we left Quebec was to escape its toxic nationalism, which has been focusing less on independence and more on excluding others (Muslims, Jews).  The current government has achieved less than it should, and it has had a number of unforced errors as it panders to various corporations.  But it tends to get more right than wrong, which may not be the highest standard... just a realistic one.

On this Canada Day, I celebrate the great stuff about this place, including the basic expectation that Canada should make a difference in the world.  It does, although it could do better.

I didn't know what I was getting into when I moved here, but moving here is one of the best decisions I made in my life.  So, thanks to all of those silly and kind and generous Canadians I have met along the way.