Well, I made one good prediction last week: the ISA wasn't the same.  On the other hand, quick dissemination of a story of a senior scholar being awful to junior scholar made it feel like a normal ISA, I suppose.  It was also the last week of classes.  Ok, not quite.  I gave one PhD student a chance to present a week later than planned, so my real last day of classes is Tuesday.  The Canadian academic calendar is both shorter and longer than the American--classes end sooner but we are officially on 12 month contracts so meetings don't stop in the summer time.  Indeed, they accumulate.

On Thursday, in my Civ-Mil class, we had our last batch of presentations.  It was pretty strange because I had to stop class, "run" off to an ISA panel, and then come back.  The students were great, willing to push the class later into the afternoon to accommodate my schedule.  Usually, I cancel or rearrange classes when I am conferencing.  Not this year.  Anyhow, despite all the hiccups, this class actually went very well.  The students remained engaged the entire term, doing all (ok, most) of the readings, getting into the material, learning how to get me onto a tangent so that I gripe about a certain defence journalist, writing papers on all kinds of civ-mil stuff that I never studied, creating some pretty good memes, and pushing me to think about the stuff.  That is what I enjoy most about teaching--getting pushed to think more about stuff, to see things from different angles.  That these students did so in the midst of a pandemic amazed me.  I also learned what a RobinHood is thanks to a student's decoration.  I usually end a semester by taking a class out to the student bar.  That will have to wait, but I can take some solace from the experience this winter--that they had a decent learning experience amid the madness.

Speaking of madness, damn, was this a bad week for Ontario.  Cases are spiking, hospitals are on the edge of collapse, and the premier (governor) says that things are going well.  FFS!  Doug Ford and his team have been referred to as incompetent murderclowns.   Well, this week, one of his officials said essentially: "well, the models predicted this, but we wanted to see the numbers rise in the hospitals to make sure the models were accurate."  As if we didn't know for damn near a year that hospitalizations are a lagging indicator--meaning that they go up after the thing is spreading so one should act sooner rather than wait for the late signal.  Damn!  And, yes, this scene was prophetic:

Here's a question posed to Ontario public health officials after they gave a modelling update.

"Am I missing something here, or is this presentation predicting a disaster?"

"I don't think you're missing anything." pic.twitter.com/RPmlQnP6RB

This was not just foreseeable but foreseen--that the new variants would cause an acceleration of infections if the province did not act.  And it did not act until it was too late with Doug Ford keeping on acting as if this was a reality tv show "come back tomorrow and we will have an announcement."  Make the announcement now, FFS!!!  Or even better, act a month ago when this was entirely predicted.

The good news is that the number of vaccinations getting to Canada are increasing faster than expected.  The bad news is that several provinces are fucking up the distribution, including, of course, Ontario.  Turns out that electing people to govern who happen to hate government is bad when you need government. 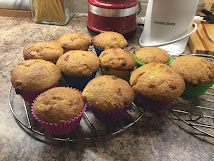 How to manage this mess?  Baking, eating, and biking.  The weather has turned to spring early, so I have been biking again.  Still mud season so I have to stick to the streets, but the weather has been delightful.  This week's baking project went better than expected.  I don't know why I tried Nigella Lawson's orange and white chocolate chip muffins as I tend not to eat or bake orange desserts nor do I use white cc's much.  But damn if it was not one of the best things I have made.   Sweet and tasty and moist.

I still have to complete our taxes so I am off to do that now plus a heap of grading.  Do whatever it takes these days as the stress is not over and many folks are hitting the wall. 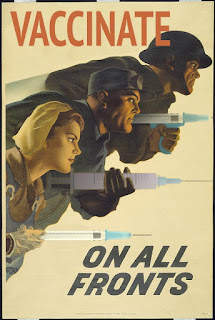