One of my favorite government twitter accounts said something this morning and I had to push back: 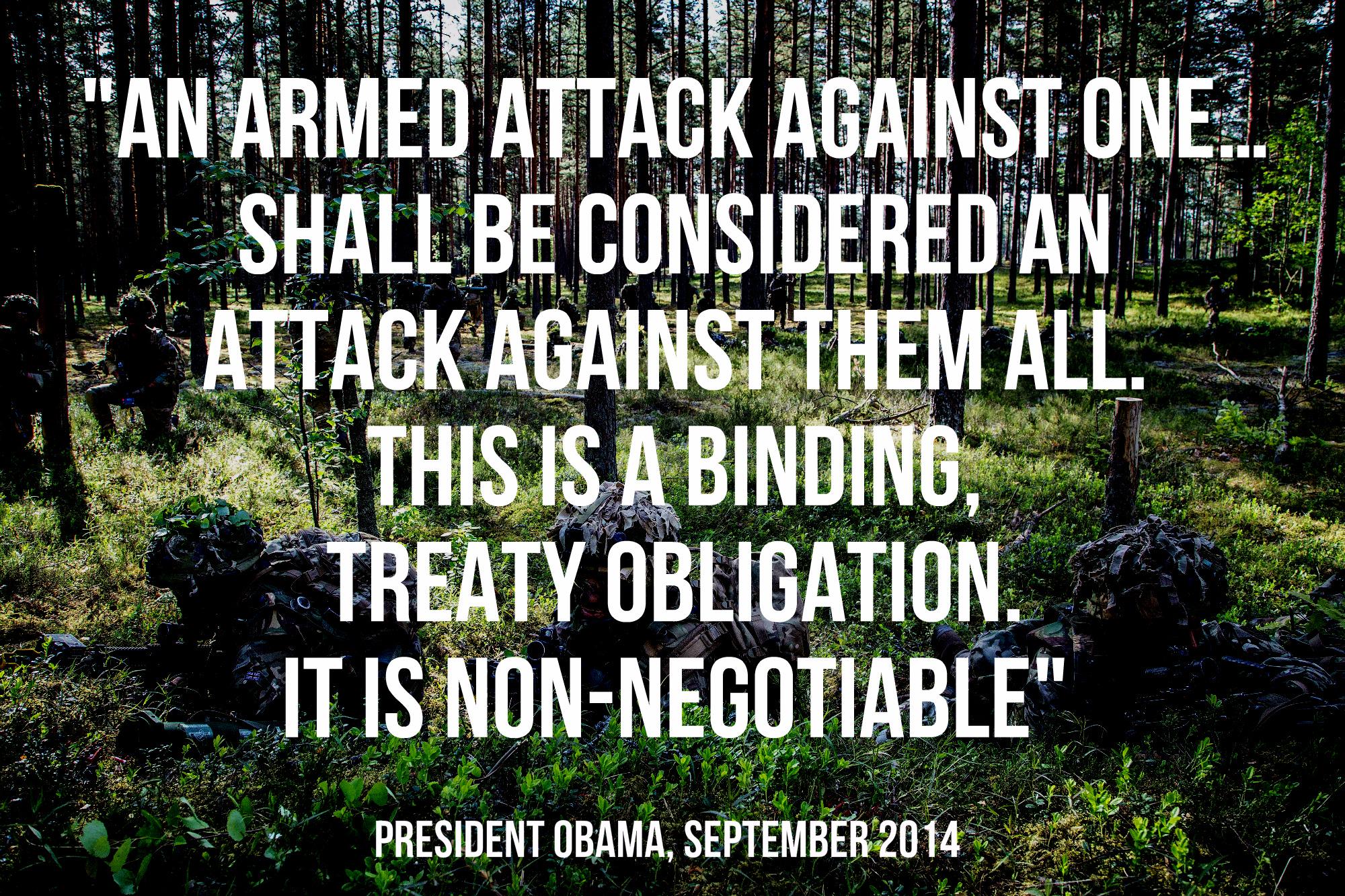 Obama has apparently not read it carefully: each country responds as each deems necessary. Sorry. https://t.co/Ny1nJCVWEH
— Steve Saideman (@smsaideman) June 12, 2015


But I then had to modify this, as I have no doubt that the US will respond to any attack on a NATO ally as if it is an attack on the US because ... it would be.  American credibility and interests are inextricably tied to the members of NATO, which is why the other category "major non-NATO ally" is so fuzzy by comparison.  Of course, the opt out clause in Article V--as each deems necessary--was written so that the treaty would get past the US Senate.  However, much has changed since then--that NATO has come to define the US commitment to defend its allies.  Since the formation of NATO, the US has done a great deal to defend that commitment, to reassure those allies, that the US will show up, even when the stakes are defined as "Chicago for Bonn."

One could argue that Vietnam was mostly about NATO, as the US was trying to demonstrate that it would not abandon allies.  If the US is willing to sacrifice 57k lives for some place that it does not really care about, then the commitment to the places that are central to American foreign policy and definitions of American national interests is about as solid as it can be.

Over the past year plus since Putin/Russia aggressed against Ukraine and upset the post-Helsinki order, the US has repeatedly sought to demonstrate its resolve and commitment to NATO.  Any American President will continue to do the same.  The pivot, now overcome by events, was all about relying on Europe to carry more of its share so that the US could shift resources to deal with the rising challenge in the Pacific.  Europe has been a mix with some allies increasing defense budgets and making credible commitments and others not so much.  Some of these countries could opt out (as flawed opinion polls might suggest), but even those are likely to act if a NATO country is attacked by Russia.

So, I was largely being pedantic and self-promoting when I tweeted back at @USNATO.  Article V does have a key loophole, but it is not likely to be that relevant if "the balloon goes up" as most of NATO will show up, and who needs the Greeks anyway?