Thomas Mulcair, leader of the New Democrat Party and leader of the opposition (one question I will get right), is getting flak today for calling Toronto Canada's most important city.

Why is this problematic?  After all, Toronto is the biggest city by far, it has the most economic weight, it has a heap of cultural weight, and on and on.  But since he is running for Prime Minister (yeah, I know, there is no vote for PM but for individual MP's but tell that to all of the relevant political actors in Canada--the voters, the candidates, the media), saying such a thing does not play well in any other place that might see itself as a most important city.  Since all politics is ultimately local, that means everywhere else that is not Toronto.

My bigger problems with Mulcair's pandering without restraint are on Quebec and supply management.
The lesson, as always: 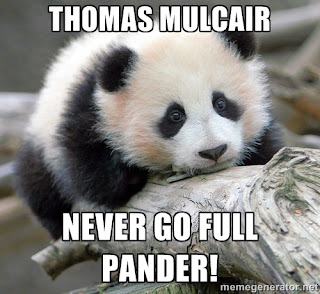