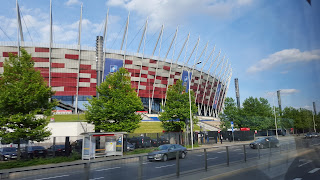 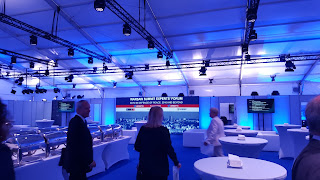 I am a participant (audience member only) of the Warsaw Summit Experts's Forum that is taking place adjacent to the actual Warsaw Summit.  We have had a number of speakers who are doing double duty--as they participate in the main event.  The whole thing is taking place at a major stadium (soccer, I would guess), with the Presidents/Prime Ministers working in a tent inside the stadium, and our conference taking part in a tent just outside the stadium but inside the security corridor. [see storify here]

The first speaker was Poland's President Andrzej Duda.  He was pretty clear about the Russian threat and the need to do more.  NATO has to prove it is a living alliance he said.

The second speaker was Jens Stoltenberg, the Secretary General of NATO, and he provided an excellent summary of the major decisions/issues that would be discussed at the summit.  Of course, the reality is that all of the decisions were made ahead of time, and are now being rolled out here.  The summit, as I keep saying, is like an academic conference, in that it forces folks to do the work--make decisions and commitments. 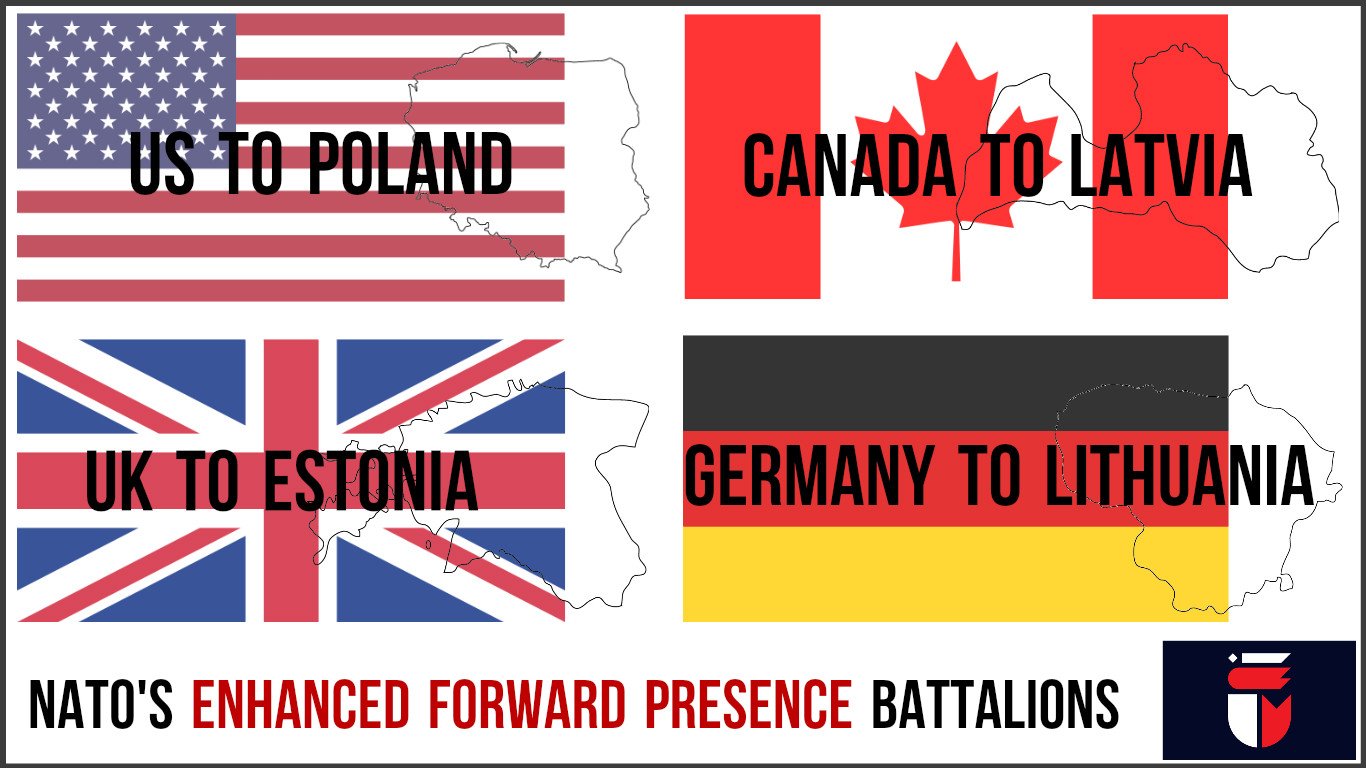 Anyhow, the notable thing about the SG's presentation was that it seemed like there were two sets of issues: Russia and everything else.  That is not quite right, but that was an important impression.  The big news, which everybody knew ahead of time is that NATO is sending a persistent reassurance presence to the Baltics and Poland as the pic to the right illustrates.  Each country will provide the plurality of troops to an East European country to be a tripwire to deter the Russians.  One of the debates throughout the day was: how much of a deployment would be enough--do you need enough capability to slow down the Russians or just enough to get many NATO soldiers killed and thus tie the hands of their politicians?  The latter, I think.

The next question, only partly answered is: who is joining the party?  Each deployment will be a multinational brigade.  So far, it looks like the Danes are joining the British.  Who is joining the Canadians?  I would bet on more US troops and the Dutch, but I have no idea really.

The other issues covered by the Sec Gen:
Madeleine Albright spoke twice, once on her own and once as part of a panel.  She was delightful, angering the Russia and Serbia fans in my twitter feed.  Ah, the mute button is lovely.  She was direct about Russia, about Brexit and about Trump.

The third most impressive speaker was Croatia's President, who spoke in an wonderfully American accented English.  She was sharp, interesting, engaging.  We also heard from the Polish Minister of Foreign Affairs, the President of Latvia and the Prime Minister of Montenegro which is joining NATO this year.

There were a couple of panels with Heather Conley of the Center for Strategic and International Studies making the biggest impression in the "peace through strength" panel on responding to Russia.  Her best points were focused on how we don't understand the signals the Russians send, they don't understand the signals we send, and we used to have rules for our relations, but not anymore.  Uh oh.

The evening session--"Night owl" breakout panels--are ahead.  We shall see if I can stay conscious.

The big themes of the day:

Posted by Steve Saideman at 2:00 PM