Academics look forward to the various breaks so that they can get grading done, so that they can make progress on grants, so that they can revise and resubmit.  And we whine other folks schedule stuff during the breaks (I still have no idea why Carleton folks are so enthused about scheduling meetings during the summer).  So, yeah, I whined this week about all the stuff that was happening in town during Carleton's reading week.  BUT it was a great week, so let's take a quick scamper through the events and what I learned (because that is why I got in this business--I love learning new stuff): 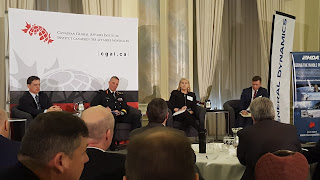 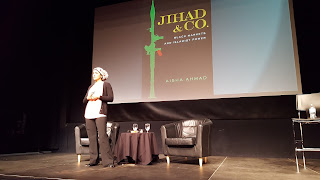 So, yeah, Ottawa is a great town for someone who studies International Relations even if it means getting far less work done during reading period.  Now I have to do the grading I didn't do this week if I can resist the siren call of Stranger Things 2.