That is What the Money Is For! 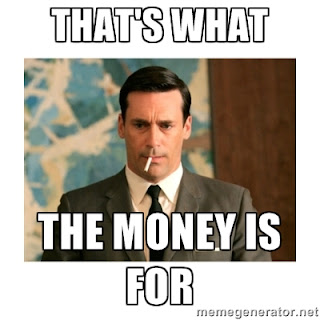 I have spent the past two days very frustrated.  Why?  Because NATO is not an organization aimed at standards for how much money one should spend on defense, but rather it is an alliance aimed at producing... peace and prosperity in Europe via security guarantees.  In the past, its purpose was to deter the Soviet Union and then to stop ethnic cleansing in the Balkans and then support the US in its war in Afghanistan.... and now, back to deterring Russia and fostering stability.  That is NATO's day job.  Burden sharing is a process question--how do we make sure that countries share in the effort?

The 2% standard--that countries will aspire (try, maybe) to spend 2% of their GDP on defense annually  2024.  The idea of this standard is to get countries to spend more money on their defenses so that they have more capabilities, and, when needed, NATO can deliver more capability as members volunteer their stuff (remember, force generation is begging--see chapter 2).

So, the story in Canada (and is probably replicated in many allies) is that Canada signed onto the communique, which has the 2% figure in it BUT Trudeau has said that Canada is going to continue with its plans to spend a bunch more money to modernize its Navy and Air Force, as promised in the Strong Secure Engaged Defence Review doc.  Which means that Canada will approach 1.5% of GDP in 2024 but not go beyond (unless the economy tanks, but then the military budget is likely to be cut in such circumstance).  So, Canada falls short of the 2% metric (but does well by other metrics that focus on spending on new equipment, or kit as they call it up here) BUT will be following through in the spirit of 2% by developing the capabilities that will allow Canada's military to play a positive role in future NATO ops.

Thus, Trudeau is fudging things (as have other pols), but actually is doing .... the right thing.  IF, IF, IF they actually deliver on their deliverology and build the ships and acquire the planes.  The real  uber-question in Canada is not 2% but can it actually procurement what it is trying procure?

Folks back home are wondering if Trudeau is lying or being deceptive.  I don't think so.  Yes, it is a contradiction to sign the document that promises 2% and then be quite clear that Canada isn't going to spend 2%, but it is more honest than gaming the numbers.

Speaking of dishonesty, Trump lied and lied and bullied.  2% by January?  4% instead? He is just playing with numbers.  If he really cared about the alliance, he would be less focused on a blunt statistic and consider both investments and contributions.  But that would require him caring and paying attention to reality.   Not his strengths.

So, instead, he threw a hissy fit, raised questions about whether the US would stay in the alliance and then had a press conference that made little sense (yes, he invoked the electoral college win but confused Minnesota and Wisconsin).  My basic line on Trump is this: yeah, we can pander to him as I advised long ago, but don't sell out your soul or, more importantly, give too much room for the Trump-hating opponents in one's political system to outflank you.

I implore folks to focus more on the doing and less on the burden-sharing debate.  The money metric is aimed at NATO doing more stuff and doing it more capably.   Let's focus on that, and not a silly number that is not actually anything but a convenient metric.  As we learned with body counts, just because you can measure something does not mean you are measuring something meaningful.

Yes, this whole thing is driving me to drink.  Good thing there is good beer here. 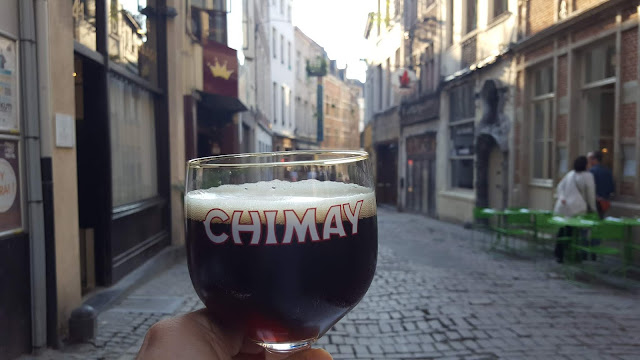 Posted by Steve Saideman at 3:34 PM