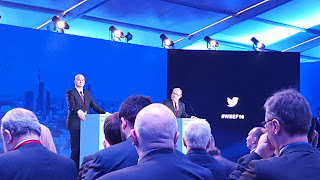 Two years ago, I got to go to the NATO Summit side party in Warsaw.  The blue of the expert forum's tent is still in my eyes.  That summit, among other things, presented the new commitment to send a "persistent [can't use Permanent due to respect for a dead treaty] presence" to the Baltics.  Which leads to the question du jour: what is the next NATO summit going to produce?  Again, I am going to the expert forum side party--this one will be at NATO headquarters instead of tents at a soccer football stadium. 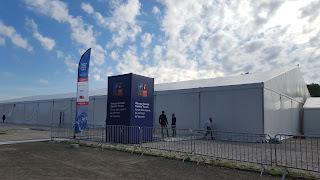 Last time, much of the focus was on anticipating what would be in the communique that would represent what was agreed on.  I remember that it was enumerated, and it had something like 140 or more pieces to it (ok, 139).  This time? Um....  I think people will mostly be wondering if there is a communique, given what happened at the G-7 Summit or even if there is a NATO.

It seems like Trump only cares about one thing, and it is not what NATO is doing to foster peace and stability in and near Europe.  Nope, he only "cares" about whether enough countries are paying for NATO... which, of course, he is entirely confused or deliberately ignorant about how the whole 2% expectation works.  To remind folks, here is the burden-sharing bit in a nutshell:
Anyhow, there is no doubt that the burden-sharing debate will have center-stage, so much so that it is likely to drive all other agenda items to the margins or beyond.  Indeed, there is not really much of an agenda for this summit.  Why?   Because the US usually helped to push the agenda forward, and it no longer has either the interest to do so or the ability since the upper levels of State are still barren.  Neither Tillerson nor Pompeo made much of a dent at previous ministerials to advance any particular goals beyond folks spending more.

There will be major initiative akin to the 2016 summit's Enhanced Forward Presence.  There will be discussion of Russia, but probably nothing major to initiate--certainly not reviving the NATO-Russia Council.  There will be discussion of making it easier to move troops across national borders within NATO--there is no Schengen borderlessness for military units.  The need for this is obvious as exercises have shown how hard it is to get stuff from West to East, but I am doubtful that much will actually happen on this issue. There will be more talk of NATO-EU cooperation, but action?  I tend to doubt it.  Promises of NATO doing more training of Iraqi military and the like?  Probably.

But the show will be Trump and how much of NATO can he burn down.  Because his priority is to burn down any multilateral institution--anything that treats other countries semi-equally is something Trump opposes.  Plus anything that ties the US to other countries is a bad thing in his eyes.  The 2% thing is an excuse.  Yes, other countries should spend more on defense (and mostly spend better, yes, Germany, we are talking to you), but the consistency in Trump's stances towards international organization is hostility, not burden-sharing concerns.

So, I am headed to Brussels this week to watch a trainwreck up close.  The good news is that there is no NATO disco party scheduled this time.  Phew. I am sure that SVH is relieved she doesn't have to see me dance this time (she and I both went to Warsaw and are going to Brussels). 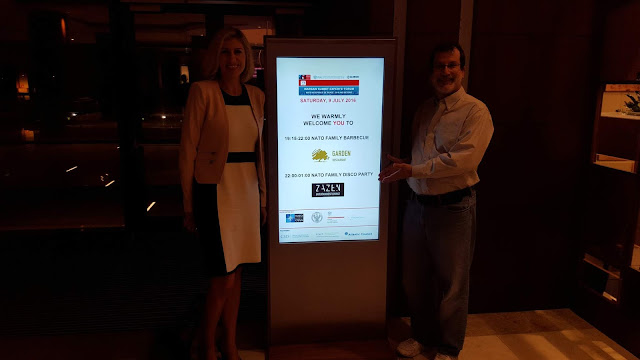