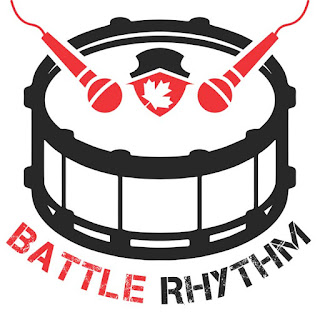 Today, we launch a new social media endeavor: a podcast!  Available here with more links soon to other outlets.  Stéfanie von Hlatky and I are co-hosting Battle Rhythm, one of the first outputs of the Canadian Defence and Security Network.  What is it and why are we doing it?

The podcast will appear every other Wednesday (we hope--this podcasting stuff is not easy) on the CGAI Podcast network.  The Canadian Global Affairs Institute is a partner of the CDSN-RCDS, and a key contribution to our network is hosting our podcast.  We are aiming to keep each podcast under/around an hour.  The first segment will have us discussing defence and security stuff (Canadian and beyond) that is in news or otherwise worthy of our attention and falling somewhere near our expertise.  Stef will occasionally report back and comment on debates going on in Francophone defence and security studies.  Sometimes, we will chat about books we have read.
We will then have a short interview with an Emerging Scholar to present their research (which is usually further along at the cutting edge than established profs).   The aim will be to provide an outlet to the next generation, especially those from communities that have been underrepresented in previous generations.
The third segment will usually be an interview with someone who we have met along the way--Stef and I interviewed a number of folks who were at the Kingston Conference on International Security, she interviewed some at the Annual Workshop of Women In International Security-Canada, and I interviewed some of those presenting at ERGOMAS and EISS conferences in Europe this summer.
The penultimate segment will be "Steve's Peeves" where I audibly Spew about an issue that troubles me.  I am hoping to lure Stef into doing some peeving of her own, but she has much greater restraint than I do.
The last segment will be responding to listener questions, assuming we get some.

Why are we doing this?  First, one of the key missions of the CDSN is to provide greater visibility to various events in Canada.  By conducting interviews with those attending KCIS and WIIS-C (both run by CDSN partners), we help to extend the audience for those events both over distance and over time.  An event in Kingston or Toronto will largely get local attendees and those invited explicitly for the conference.  By giving some of these participants a potentially global (ambitious, aren't we?) platform, our podcast will extend how far the conference reaches.  Because podcasts, once put on a cloud somewhere, can be downloaded months or years later, it also means that the stuff presented at a conference can resonate beyond the week of the conference.  The CDSN effort aims to amplify and connect, and this podcast is a way to do so.

Second, while there are an increasing number of podcasts in Canada on defence and/or security issues, we think we have a different perspective that might be of interest. Both of us come at Canadian defence and security with a comparative perspective as well as the awareness of needing to keep in mind that Canada never operates alone.  Stef and I have both written on alliance politics.  However, our expertise is only overlapping and not identical, as she has an extensive background studying nuclear policy, US-Canadian relations, and gender policy in contemporary militaries.  My work is more on the domestic politics of civil-military relations, and my older work is on intervention and on the international relations of ethnic conflict.

Third, another explicit aim of the CDSN, and one that has been something the two of us have been doing separately, is to provide outlets for those who have lacked such outlets.  She started the Canadian branch of Women in International Security-Canada to give female scholars more opportunities to share their research and to provide more mentoring.  One reason why I started building the CDSN was to do the same for not just women but also people of color and indigenous voices. 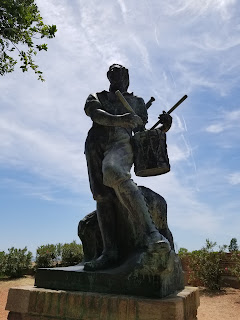 Fourth, despite the difficulties, podcasting is fun.  Doing the podcast gives me more opportunities to chat with Stef.  She is not only smart and dynamic, but she makes me laugh.  And, yes, doing a podcast means one more form of social media for me to play with.  Plus it gives us an excuse to track down and have extended conversations with interesting folks that we mostly did not know beforehand.  That is one way in which the first episode is not going to be a model for future podcasts.  I interviewed Dan Drezner for the first episode, and I have known him for nearly two decades.  Pretty much everyone else we have interviewed have been people we met for the podcast or met quite recently.  In sum, I like to talk, I like to talk to Stef, and I like to talk to people who are excited about their own work.  Hopefully, Battle Rhythm will be fun for our listeners as well.

All I ask is that you have some patience with us, as podcasting is not nearly as easy as it seems. And let us know via our twitter account @cdsnrcds or via email at cdsn-rcds@carleton.ca if you have suggestions, comments, or questions.  Again, we hope to have listener mail as a regular segment.  It has the potential to be the most interesting, funnest segment.

Congratulations on this new cool adventure! I heard the podcast and I love how it covers a range of topics. It is a great change from the super-serious-only-stick-to-the-topic podcasts. Who could have thought of hearing of Jordan Peterson's name! The podcast is informative, interesting, and entices the listeners to dig deeper. Looking forward to the upcoming episodes.