I have lost track of how many KCIS's I have been to over the years.  It is one of the premiere conferences in Canada and is now a CDSN-RCDS cornerstone.  This year, I was just supposed to attend and show the CDSN-RCDS flag and, oh yeah, record a bunch of interviews with speakers here for the Battle Rhythm podcast (coming to a podcast provider near you SOON).  However, a NATO official couldn't make it so Stéfanie von Hlatky (not so coincidentally a CDSN co-director) and I will tag team the third presentation for the first panel this morning.  What will I say?  I will summarize that after noting a few key things about the CDSN and major milestones (or is it benchmarks?). 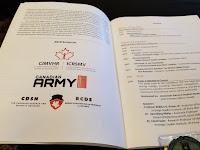 First, we, the CDSN, exists. KCIS is the first event the CDSN is helping.  Queen's Centre for International and Defence Policy is an OG CDSN partner, and this event helps bring the US Army War College's Strategic Studies Institute and the NATO Defence College on board as partners.  So, I was excited to see our logo in the program.  It was also great to connect in person with some of the folks who helped navigate their side of the partnership process.

Second. Stef and I recorded a standard intro to Battle Rhythm as well as segments for the first podcast.  We also interviewed several speakers, and we will be putting those interviews into the first several podcasts over the summer (the podcast will, if all works out, dropping new episodes every two weeks).  And when I say we, I mean Melissa Jennings, who is our Knowledge Mobilization Coordinator (our Comms person) and podcast producer with the help of the Canadian Global Affairs Institute (another CDSN partner) as Battle Rhythm will be in the CGAI Podcast Network. 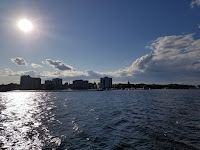 Third, KCIS is a great conference for actually meeting people, in addition to learning about key themes.  And, yeah, there is a cruise. 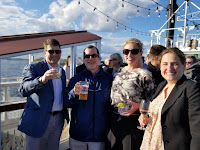 Stefanie and I hanging with two of our interview subjects: Dan Drezner of Tufts University and Sara Bjerg Moller of Seton Hall University.


What will I be saying about NATO this morning?  Much of what is familiar to folks who follow this blog: that nothing is automatic at NATO, domestic politics matters a great deal--especially coalition politics--that Trump complicates all of it, so much hinges in elections in the US and elsewhere. Ta da.  Now if only I could be that succinct while taping the podcast.

Oh, and one last thing: Kingston is pretty from the sea at sunset. 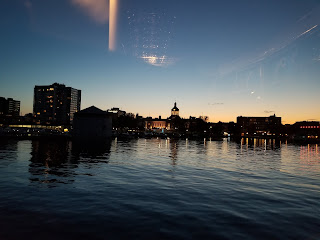 Posted by Steve Saideman at 7:20 AM