I learned of ERGOMAS--the European Research Group on Military and Society--from Irina Goldenberg, who has since become one of the co-directors of the Canadian Defence and Security Network.  ERGOMAS consists mostly of sociologists and anthropologists with some psychologists and political scientists and others as well. So, I was very much in a minority.  I went to this meeting for several reasons: to present my work to a different sort of audience, to see what ERGOMAS is all about, and, once the CDSN got funded, to connect the CDSN with Europe and to find willing podcast interview subjects.

What did I learn?
I am hoping that ERGOMAS becomes a CDSN member.  We will certainly be highlighting ERGOMAS this summer and fall as we sprinkle in interviews we taped during the week in Lisbon.  Now I am off to Barcelona for a few days since my conference in Paris (EISS) starts next Thursday). 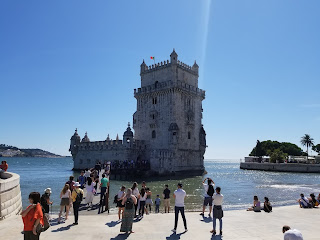 Posted by Steve Saideman at 5:32 PM