A Royal and Legal Experience 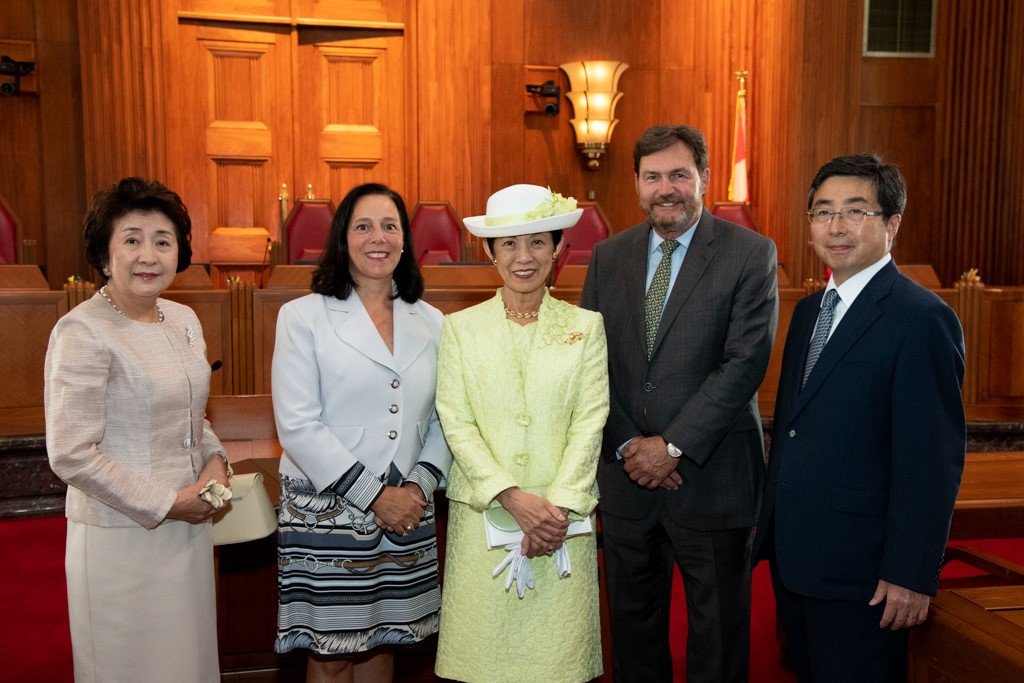 Today, I met a Princess, and I met Justice(s).  Her Imperial Highness Princess Takamado of Japan is touring Canada to mark the 90th anniversary of Canadian-Japanese relations, and one of the events on her schedule was a lunch hosted by the Chief Justice of the Supreme Court--Richard Wagner.  There were three other Justices at the event, including Hon. Madam Justice Suzanne Côté who sat my table.  Or, I sat at her table. 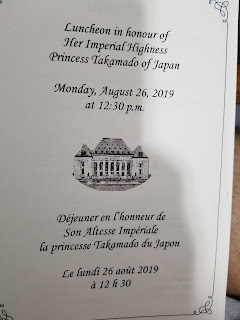 I don't have any pictures of the event.  They had a photographer, and it seemed gauche for me to take selfies so this program is the proof that it happened.

The Canadian Supreme Court staff is super-organized.  The directions to a specific parking spot were clear, I was met there and then escorted.  Apparently, escorts are less needed for security and more for the maze the place apparently is.

We all got there early enough to chat, with the group of SSHRC partnership grant (Queens is a partner, so she is familiar with the CDSN grant).
attendees being mostly folks with some kind of Japan connection--former ambassadors, leaders of Japan-affiliated/oriented associations, and some random academics.  The food was great but, alas, it featured Canadian stuff rather than Japanese stuff.  We had a variety of conversations at our table.  I sat between a guy who leads a Japanese gardening association in Montreal and a Queens University official (the Princess's late husband went to Queens).  So, of course, I chatted more with the Queens person who wanted to know how we prepared for the

Overall, it was a very interesting event.  I didn't get to chat with Princess, but I did get to meet a bunch of interesting people and interact with a Supreme Court Justice.  These are opportunities I would not get in a larger pond.

So, yeah, I am still loving Ottawa as we start our eighth year here.

Posted by Steve Saideman at 3:50 PM