All The Feels: A Year in Quarantine

Over the past few days, I have blogged about some of the highs and lows and some of the lessons to be learned from a year of this pandemic.  Today, to commemorate the year, I just want to spew about all the stuff that I have felt, which is probably what everyone else is feeling.  Again, I am lucky as my comparative plight is not that bad, but it has still been a very hard year.

Anger: The first emotion that comes to mind is anger.  Yes, we were due for a pandemic that would not be contained, given the near misses and the trends.  But it didn't have to be this bad.  Remember last winter when Trump said, among many things, that 200,000 dead was a good outcome.  The US blew by it.  Trump's failures are many, but among them are: politicizing mask wearing; acting too slowly (not unique to him or the US); undermining international cooperation rather than leading the world as Obama had done; directing assistance in the wrong directions; failing to develop testing/tracing at the federal level....  But it was not just Trump.  Leaders around the world and across the various federal units continue the pattern of closing too late and opening too soon.  A few weeks ago, the Ontario health officials were talking about re-opening amid the new variants, and a reporter basically asked: this is a disaster, right?  And the health officials said... well, yeah.  Speaking of health officials, Fauci and others pushed back against masks early on, and, as my sister said, that planted a seed.  Or watered one that was already there.  Which gets to my anger is also aimed at all the anti-maskers who push back against what was by last summer so obvious--this things spreads by air.  The politics of masks now is a replay of the politics of masks in 1918.  Which gets me to...

Frustration:  Much of what we know about COVID-19 now is really what we knew about the flu of 1918.  So many of the dynamics are the same.  So, the good news is that we social scientists can say that human behavior can be generalized because there are common dynamics. Woot?  But the bad news is that there were many mistakes that we should have known to avoid.  That public policy matters, that gutting public health would be so very costly, that perhaps one shouldn't politicize masks.  Again, it didn't have to be this way.  I am also frustrated that I have not been able to use the extra time I have had (no commutes, no travel) tog et more done.

Loneliness:  One thing this has taught us is how much we need each other.  Yes, I am very annoyed at those who go to bars, but I get it--that the need to gather is hard-wired.  I have not been able to hang out in real life with anyone for a year except my wife and except for one day of cookie deliveries.  Zoom and phone calls and all the rest are helpful, but they are not the same.  I miss my daughter, my family, my friends, and nearly everyone else.

Fear: The fear has come in waves.  A year ago, that morning in Billy Bishop airport, hearing every cough and sniffle definitely generated fear.  And then in the first few weeks, we set up a laundry basket and stashed our robes right inside our front door.  After every trip out for groceries or whatever, we would strip, grab the robe, and then run up to the shower to wash off ... something.  Turns out that this thing is not quite that sticky.  Less about fomites and touching stuff and far more about breathing.  The fear faded as we learned to stay at home, as the banks, takeout places, Costco, and grocery stories developed the infrastructure and habits to make those trips less problematic.  The fear is back, as the variants seem to be nastier--the UK one is not just more infectious but deadlier.

Empathy: I feel for everyone (ok, not the anti-maskers, Trumpers, or police beating people) who are going through this madness.  We are facing a common threat and feeling many of the same things.  We have far more in common this past year than that which divides us.  When I am out and about doing some shopping, seeing the other folks struggling to keep their masks up and their distance, and seeing the clerks engaged in pandemic security theater (not sure wiping everything down compulsively really matters that much), I can feel the common humanity, the common struggle we are facing.  We are all in it together even if some folks don't act that way.

Gratitude:  There has been so much goodness in the face of the awful, that I am so thankful for those who are doing the heavy lifting.  Not just the doctors and nurses, and not just the clerks, but also those who made the content on our streaming services that keep us distracted, amused, and moved.  A while back someone asked what this would be like in 1989, and I said that we would all be standing in lines at Blockbuster.  I am grateful that amid the screwups, the government of Canada has been willing to spend heaps of money to keep people fed, housed, and warm.  I am super-grateful for the new COVID relief act that Biden pushed through, as it will help not just my daughter (hey, unemployment tax relief!) but lots of people now and maybe well into the future if it sticks.  I am grateful for the short bust of ultimate I had last fall with an older (but not old enough!) small bubble of players--we only played for five or so weeks, but it was much solace.  I am grateful for all of the dog pics and cat pics and all the animals that have been rescued as people sought comfort in the form of furry life over the past year.  I am even grateful for our old cat--who I used to fear--who has become cuddly in his old age.  It has been an awful, awful year, but I am grateful for the silver linings that appear from time to time. 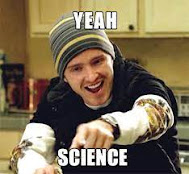 Relief: I am relieved that science was able to kick out multiple vaccines so quickly with incredibly high rates of protection.  I am relieved that my mother got her shots, that some of my siblings are semi-protected, that my friends on facebook are posting pictures of their new shot record.  I am relieved we are past the second and maybe third waves, that the end of this thing (whatever the new normal is) is closer than the start of this thing.  There is still plenty of pain and suffering in front of us, but there is some relief in knowing that we are just some jabs away from some sense of normalcy.

Hope: I have much hope for the future--that we will be able to fly and connect and eat out and go to movies and do much of the stuff that we did before.  I don't really know much about the 1920s, but the images in my head are mostly of dancing, drinking, theater-going, and partying.  Once we can get together again, we should celebrate and we should have riotous wakes to mourn our losses.  I am hopeful that people will hug a bit more even if they shake hands less--that we will appreciate much of what we took for granted, at least for a while.  I am hoping to take the trips that we missed eventually--Hawaii, South Africa, and others.  I am determined to get my family together as soon as I can cross borders--bringing my wife to her relatives, getting out to Hollywood to see my daughter, and so on.  And yes, some of those plans involve skiing.

Acceptance: I mentioned above my frustration at not getting enough done with all this extra time, but I also feel acceptance. That it is ok to be stressed, to be distracted, to be less productive.  It is ok to binge-watch, it is ok to eat heaps of sweets, or to drink a bit more.  There is no perfect way to handle this very difficult time, so whatever works (which also got us through the first few years of my daughter's life) is the mantra of the moment.  We could have done better, but we could have done worse.  We should not blame ourselves for falling short in our daily lives.

When people have been asking whether it is too early in the day to drink, I have said that the drinking lamp is lit for the duration. I should correct that--the drinking lamp is lit for the duration plus ... however long we want to celebrate getting through this.  It has been the longest year of our lives for most of us. We have lost much, but we can get to the end of this.  And for that, I am extremely grateful.