Capstone 2021 Featuring the Best of Canadian Defence and Security 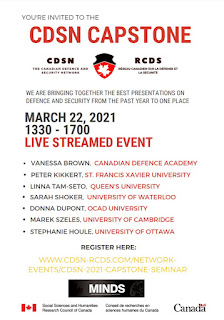 This week we held our second annual CDSN Capstone Seminar.  We held the first one in Toronto at the Canadian Forces College.  This year, alas, we had to do it online, but it came off very well (we will be posting at our CDSN Youtube channel soon).  Again, the idea of this event is to have our partners nominate their best presenters from the year before so that we can both give these mostly younger scholars and policy analysts a bigger platform and give our partners a chance to have their events exist beyond the day and place they held them.

This year's event featured speakers from the Dallaire Centre of Excellence for Peace and Security, Canadian Institute for Military and Veteran Health Research, North American and Arctic Defence and Security Network, Project Ploughshares, Archipelago, Defence Security Innovation Hub, and the CDSN's own post-doc program.  For bios and more info (and ultimately some links to their work), go here: https://www.cdsn-rcds.com/capstone2021.

We had our two Undergraduate Excellence Scholars, Ozan Ayata and Stella-Luna Ha, introduce the panels, and then I moderated the Q&A for each panel.  We started with Vanessa Brown of the Canadian Defence Academy, who shared her experiences teaching critical theory to the officers attending the Canadian Forces College.  She found that the students responded better than one might expect to naming the patriarchy.  Linna Tam-Seto, who spent her Post-Doc at Queen's University, presented her research on mentoring women in the Canadian Armed Forces.  She noted that there is no formal training for mentors and that there is much confusion due to cultural differences and also gender dynamics.  Stephanie Houle of the University of Ottawa discussed moral injury, which was a new concept to me: Moral injury refer to psycho-spiritual consequences that violate one's core moral beliefs/expectations Witnessing/failing to prevent/experiencing morally ambiguous situations, atrocities, betrayal.  And it is pretty prevalent among those who have served.  It is not the same as PTSD and requires different preventative and restorative measures.  Peter Kikkert of St. Francis Academy presented on the Canadian Rangers, which are individuals that work as part of units based in the north, on a variety of missions.  Because they live in the communities that they protect and assist, they have good connections and play an important role in assessing potential hazards. 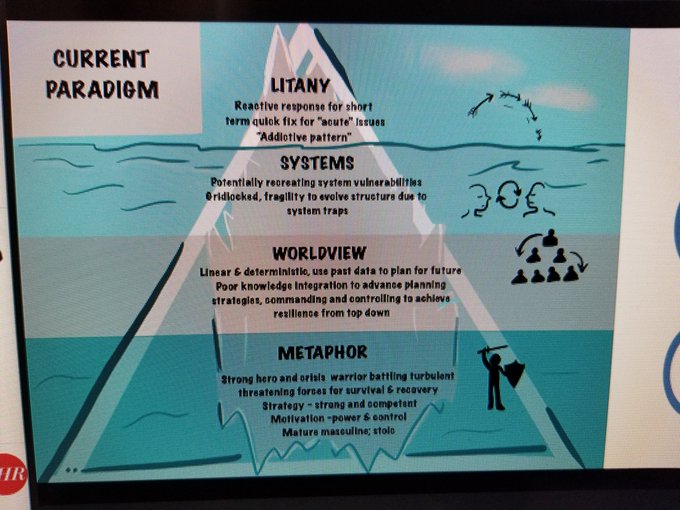 The second panel started with Sarah Shoker of the U of Waterloo.  She discussed the challenges of using artificial intelligence in targeting systems.  The key challenge is how to discriminate between combatants and non-combatants, and, given how badly this is done by humans (all males of a certain age?), the adage of garbage in, garbage out applies to AI.  Donna Dupont of PurpleCompass went next, arguing that we need to shift paradigms.  She had the best figures to illustrate her arguments--> 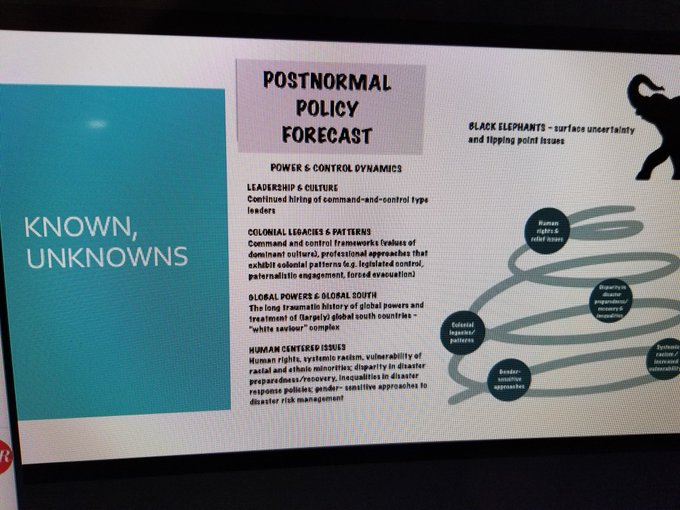 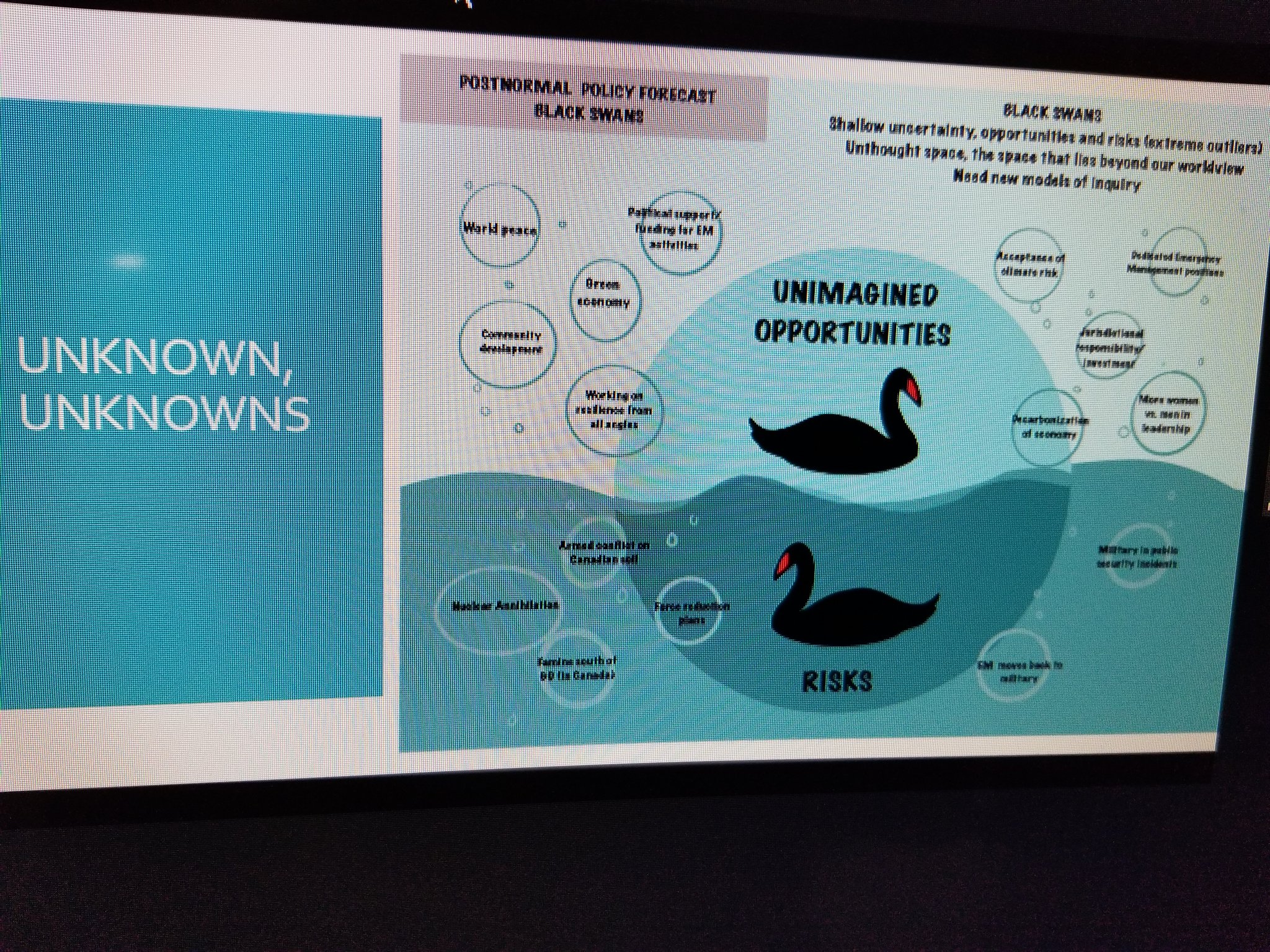 Finally, Marek Szeles presented the Digital Triage Assistant, which his team has been working on, to provide battlefield medics and commanders with real-time data of the health of their troops. 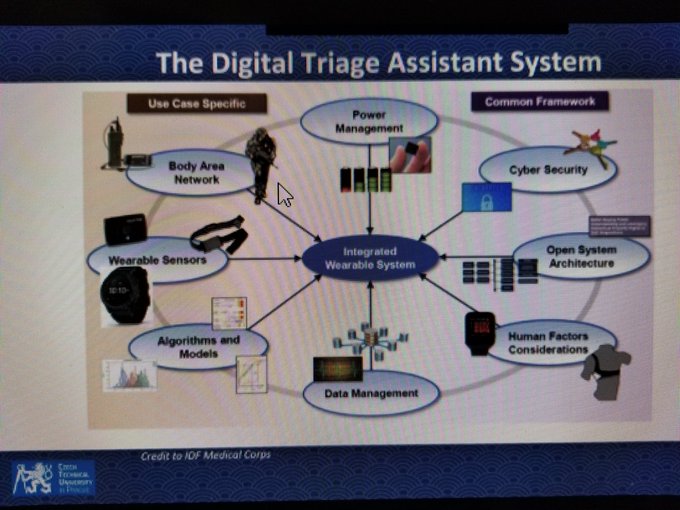 The future is here, apparently, as this seemed like something out of science fiction.  He also had a cool video simulation.

I learned a lot from the two panels, as each Capstone Laureate presented important, cutting edge research.  The fields of study were wide-ranging, which was most apt, given how the CDSN has a variety of streams of research.  I wish we should have gotten together in person, but we managed to have a compelling and enlightening event even at a distance.

I am very thankful Stephanie Plante, Melissa Jennings, Paxton Meyer, Vincent Belanger, Evelyne   and Graeme Hopkins of the CDSN HQ did all of the planning, budgeting, arranging, and social media-ing.  I am very proud of my team and very grateful to all of the CDSN partners who helped make our second CDSN Capstone event such a success.

Posted by Steve Saideman at 1:06 PM

Email ThisBlogThis!Share to TwitterShare to FacebookShare to Pinterest
Labels: CDSN