Not All Cinderella's Get the Ring 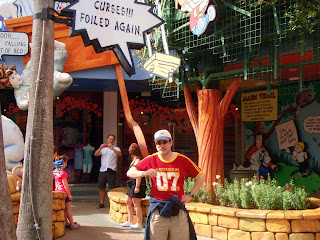 Alas, my streak through the Twitter Fight Club came to an end.  Fighting Will McCants was quite challenging.  First, he was awake.  Second, he was attentive.  Third, he did not think the fight was beneath him.  He also benefited from the hate folks have for Glenn Greenwald who has targeted Will.  The old enemy of my enemy thing.  My usual strategy of using pop culture references was matched well by Will's similar expertise in the lighter side of things.

We did not really argue about policy, and neither of us had a heavy day of discussion national security stuff.  I did get into some NATO stuff, but not too much.

Anyhow, I may have alienated a few followers by ramping up the frequency of my posts, but that was more than matched by the new followers I gained through the process.  I kept battling people with many more twitter followers, and other folks observed the battle.  I drove less away than one might expect.

More importantly, I got two things out of this (aside from temporarily quenching my thirst for any kind of validation I can find):
Yes, it was a bit of time suck during a time frame where I could use less distractions, but I had fun, other folks had fun, and only a few egos were bruised along the way.

I was just glad to make it into the tourney.  That I lasted as long as I did was mostly about luck (my first three opponents were a grad student, a journalist who forgot there was competition that day, and a muckraker who had more important things to do than tangle with me).  But I do have a competitive gene or two--I want to win or at least endure.  I knew I was going to lose this round--my opponent was sharp, well known, liked, and active.  But to make it to the "Elite Eight" definitely Exceeded Expectations.

Now back to more blogging about more relevant stuff like Game of Thrones, Hunger Games, and ultimate.  Actually, next week is probably a light week thanks to ISA in San Diego.
Posted by Steve Saideman at 11:08 AM